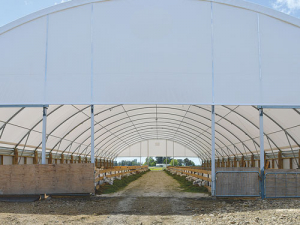 Farmer-shareholders voted to appoint Mark Dewdney the third independent director on the DGC board. He recently retired as chief executive of PGG Wrightson, having previously worked for Fonterra and LIC.

DGC was set up in 1984 to develop, manufacture and market overseas its own-brand goat milk nutritional powders for infants and children.

It sources goat milk from its shareholder suppliers in Northland, Waikato and Taranaki.

At its Hamilton base it owns and operates all its core manufacturing processes, enabling tightly controlled production of high quality milk formula. It has at least 200 staff there.

DGC products are sold in at least 20 countries.