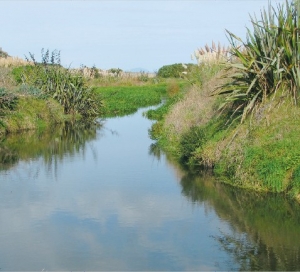 Environment Southland is closely monitoring river and groundwater levels as dry weather continues in the region, with no significant rain predicted until next Friday, March 15.

A small number of consent holders have already stopped taking water for irrigation and industrial purposes after water levels dropped to levels that triggered cut-offs on their resource consents. More are predicted to reach their cut-off point on Monday, and consents to discharge to water are also beginning to be affected.

Environmental Management Director Warren Tuckey says staff including hydrologists, scientists, emergency managers and compliance officers had met twice to assess the situation this week. The council is also working with the Rural Support Trust and Southland Fish and Game to assess the wider impact on the region.

If the prolonged dry period continues as forecast, the council will convene its Water Shortage Response Group, which will involve a wider group of representatives. That decision could be made this week.

A period of heavy rain in early January helped defer the impact of the spell of dry weather, with most of the aquifers that are linked to surface watercourses still in the normal range, but that could change towards the end of next week. Confined aquifers, which don't have a close relationship with surface water, were slower to react to a prolonged period of dry weather.

The Aparima River at Dunrobin and the Hamilton Burn at Waterloo Rood are the most severely affected of the major rivers so far, but smaller rivers such as the Cromel are also showing the effects of several weeks of minimal rainfall. By Monday levels in the Mataura River at both Parawa and Gore are predicted to trigger cut-offs for another 15 consents to extract water from that catchment.

Environment Southland's hydrologists are monitoring the rivers daily and have assessed that the level of the Aparima River at Dunrobin is at a 16-year return period – that is, the low level that statistically is likely to occur once every 16 years. Modelling suggests that the situation could worsen to a 25-year return period by the end of next week.