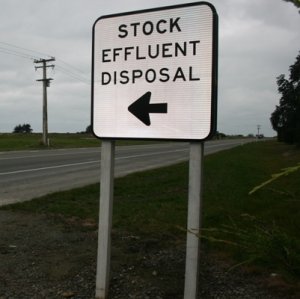 The Morrinsville sale yards will officially open their stock truck effluent disposal site in a ceremony on February 21.

The site will be used by stock trucks travelling through the Waikato, reducing the number of stock effluent spillages on roads.

The construction of the stock truck effluent disposal site was undertaken by the Morrinsville Sale Yard land owners (PGG Wrightson, J F Jones and Allied Farmers), Matamata-Piako District Council and the New Zealand Transport Agency. The operational costs of the site will be collectively funded by the same parties with the addition of Greenlea Meats and the truck wash operators group.

"I am delighted after many years of planning and discussions, a number of funders have come to the party to build a site that will be in line with the Regional Stock Truck Effluent Strategy benefiting the entire Waikato region. This means that the site costs aren't directly hitting Matamata-Piako ratepayers creating a win-win situation," says Matamata-Piako District Mayor, Hugh Vercoe.

Effluent is spilled onto the road from stock trucks when the holding tanks are deliberately discharged or accidentally overflow. The discharges can cause traffic crashes if they make roads slippery or spatter on to windscreens.

Discharge is also a health hazard for cyclists, motorcyclists and pedestrians, and causes smelly and unsightly pollution on highways and road sides. Uncontrolled discharges of effluent can cause environmental problems if the effluent enters waterways.

Regional transport committee chairperson and Waikato regional councillor Norm Barker said: "The Morrinsville community has worked hard to come up with a cost-effective solution and we need to see this replicated right around the region.

"The regional council has been working hard with stakeholders around the region over the past decade to address this problem and it's excellent to see some progress.

"The vision set out in the 2010-2016 Stock Truck Effluent Strategy is for zero discharge of stock effluent from trucks onto Waikato roads by 2020. Construction of this new facility is a step towards meeting this objective," Cr Barker says.

There is just one in-transit effluent dumping site in the Waikato, on SH5 at Tapapa and there are now four at sale yards in Morrinsville, Taupo, Matamata and Tuakau.

A further five high-priority locations for in-transit disposal facilities have been identified in the regional stock truck effluent strategy – two near Te Kuiti, with one each at Putaruru, Taupo and Ngaruawahia.

Find out more about the Regional Stock Truck Effluent Strategy, which sets out the roles and responsibilities of the various parties involved with stock truck effluent: www.waikatoregion.govt.nz/Council/Policy-and-plans/Transport-policy/Stock-Truck-Effluent-Strategy-/