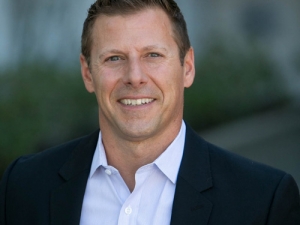 T&G Global is pleased to announce the appointment of Joe Barsi as president of its T&G North American pipfruit business through its subsidiary (EPI).

Barsi will officially take up the newly created role with T&G Global - North America Pipfruit on Monday, August 8 and will be based in T&G Global's Washington State office in Wenatchee.

Barsi, an American national, will be responsible for facilitating stronger relationships with key in-market stakeholders and tripling the volume of T&G Global apple sales across North America by 2022.

Darren Drury, executive general manager of Pipfruit for T&G Global, says he is delighted to have Barsi on board and says his appointment reflects T&G Global'splans to significantly expand its US apple program over the next six years with core varieties and brands Jazz, Envy and Pacific Rose, and better respond to local customer needs.

"We're very pleased to have Joe joining us to address the needs of our growers and customers and be our representative on the ground so we can better understand changing customer expectations and evolving consumer taste preferences," he says.

"T&G Globally is focused on becoming more customer centric and Joe's appointment is a reflection of that commitment."

Barsi has broad experience in the produce business having started his career with CH Robinson Worldwide where he achieved the role of general manager. He later held a role at California Giant Berry Farms for seven years as vice-president of business development. Most recently he was president of Tradin Organics, a division of SunOpta, Inc. which sold 150 organic products including fruit, vegetables, nuts, seeds and sweeteners from over 50 countries.

Barsi has a Bachelor of Science degree in Agricultural Business and earned his Master of Business Administration degree from Santa Clara University. He says he's excited to be leading T&G North American Pipfruit operations and working together with stakeholders to achieve their growth targets utilising T&G's innovative apple varieties.

T&G Global are predicting that their Envy apple will become a billion-dollar brand by 2025.

Zespri and T&G Global are delivering another donation of nine tonnes of Zespri Green Kiwifruit to Fijians affected by Cyclone Winston this week and next week.