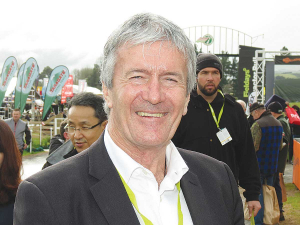 Damien O'Connor now has the trade job, on top of agriculture, as his ministerial responsibilities in the new government.

O’Connor, who is also the Agriculture Minister, told Rural News that Covid-19 will limit the normal face-to-face encounters between NZ politicians and their counterparts around the world and they will just have to get used to the new environment and do the best they can.

O’Connor praised his predecessor David Parker for the relationships he has developed with other trade ministers over the past three years and says he will do his best to build on this.

“I guess there will be more calls at all hours of the day across the world to remind people that we still exist and are committed to get around the table and do a deal,” he told Rural News.

“Nothing good comes easy, and as a small nation at the bottom of the Pacific we have always had to battle hard to get access and be heard. We have done well and I hope to continue with that. We are regarded as honest brokers who are up-front and treat people as equals and I will continue to do that,” O’Connor says.

At present, NZ has a number of negotiations under way – specifically an FTA with the EU and a similar preliminary negotiation with the UK, which aside from the normal trade differences are further complicated by the impact of Covid 19. This uncertainty is further complicated – although maybe for the better – with the election of Joe Biden as the US President elect.

O’Connor is now in a unique position in the Labour Government’s new cabinet line-up with his combined portfolios of agriculture, and now trade and export growth. In that sense, he has control over the primary sector from paddock to plate.

“I am very excited, happy and humbled to be given the opportunity to contribute positively in these crucial areas of the NZ economy,” he told Rural News.

“We are a nation of food and fibre producers and 95% of our efforts all have to go offshore so that we can survive. There are too few of us to consume the production that we generate and we have to knock on doors and ask governments to allow their people to buy our products.”

O’Connor believes there is a growing recognition across the primary sectors that consumers drive the success of NZ primary producers. He takes up his new roles at a time when worldwide there is a lot of protectionist views being expressed.

“But because of Covid, there is also a growing awareness of food security and the interdependence between the trade of food between countries and the production of food within them,” he says.