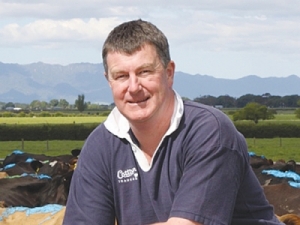 Rural services company PGW Wrightson says its run-in with the competition watchdog over price fixing was a tough lesson.

PGW last month agreed to pay the Commerce Commission a pecuniary penalty of $2.7 million and to review the NAIT related fees it charges. The High Court has approved the settlement.

PGW's chief executive Mark Dewdney says the case was a tough lesson for the business to learn and was especially disappointing given all the good work that was done facilitating the implementation of the NAIT scheme – an 'industry good' initiative.

"From everything I have heard or read about PGW's involvement in the implementation of the scheme it seems we were well intentioned and made an earnest effort to be fair and transparent.

"However, with the benefit of hindsight, more care should have been taken in respect of matters relating to the fees imposed when NAIT came into effect.

"There are definite [lessons] to be taken from this matter and as a business we have carefully looked at what occurred and have moved to improve our internal processes and controls."

The commission charged PGW and other companies that operate livestock saleyards for agreements relating to NAIT-related fees charged at those yards.

In a separate penalty hearing in relation to the same matter the court has fined Rural Livestock Ltd $475,000.

NAIT was enacted to provide traceability of cattle and deer to enhance NZ's ability to respond quickly in the event of a biosecurity event such as a disease outbreak.

Implementing the NAIT regime required PGW's livestock business to buy new technology and systems to ensure accurate records could be kept of the movements of animals through its saleyards.

In the absence of government funding to cover costs incurred by livestock businesses in gearing up for and delivering NAIT related services, fees were intended to be introduced by association members, principally to defray service delivery costs.

PGW says at the time NAIT was introduced into Parliament it understood that the implementation of the new tracing requirements would take a lot of management time and resources. Consequently, PGW made an early start to implement the NAIT requirements and was ahead of its peers in planning for these.

In its capacity as an association member PGW shared a lot of its knowledge with other members and saleyards partners. This sharing of information included the NAIT-related fees that PGW had determined to implement.

PGW independently determined the fees it considered it needed to charge to cover the saleyards services it was obliged to provide under NAIT.

PGW says its approach in determining those fees was principally to recover the additional costs to the business in delivering NAIT tracing services. Saleyards tagging fees were also introduced to deter the delivery of untagged cattle to saleyards in order to give effect to the legislation and to minimise saleyards operational issues.

The High Court acknowledged that the circumstances in which the matter came about were unusual because PGW got together with the other companies on the initiation of NAIT Ltd.

These competing entities, all members of the NZSSAA, were acting in response to a new regulatory environment, the court says.

They had to work out cost structures to respond to the new NAIT requirements as NAIT Ltd would not pay for or subsidise the set-up and ongoing costs of compliance with the legislation. Agreeing to NAIT procedures led, it would seem almost incidentally, to decisions on the appropriate fees.

Justice Raynor Asher in his judgment noted that "PGW drifted into infringement as a consequence of endeavouring to comply with the complex regulatory scheme, rather than through making a knowing decision to price fix at the outset."

He went on to comment that PGW's "actions in accepting responsibility and promptly ending the price fixing warrant significant discount" to the penalty.