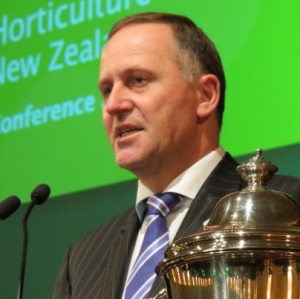 SEEKING AN outcome to the Trans-Pacific Partnership negotiations, consistent with the vision agreed in the 2011 Honolulu statements, will be a top priority for the Government this year, Prime Minister John Key told Parliament yesterday.

"This includes comprehensive duty-free access to markets together with improved conditions for services, investment and government procurement markets," he said in his statement to Parliament.

"Successfully concluding the TPP agreement would significantly improve New Zealand's access to some of the world's largest economies, including the United States and Japan.

"The Government will also pursue opportunities to improve New Zealand's access to other overseas markets, including through trade negotiations with Korea, India, the Russia/Belarus/Kazakhstan Customs Union, and the 16 countries that make up the Regional Comprehensive Economic Partnership.

"Building on the recently agreed Bali package, New Zealand remains committed to working towards the eventual conclusion of the World Trade Organisation's Doha Round.

He said ministers will continue their comprehensive programme of trade delegations focused on Asia.

"The reputation of New Zealand's food sector for quality and safety is critically important for our success as an exporting country. While the whey protein concentrate inquiry confirmed that our regulatory processes are among the best in the world, the Government is committed to ensuring the system can respond to challenges that may lie ahead.

"This year we will implement the recommendations of the inquiry, including investing more in food safety, and look to establish a centre for food safety science and research."