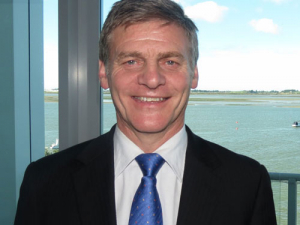 Its goal is to have 90% of NZ exports covered by trade agreements by 2030 – well up from the present 53%. English says $91.3 million over four years will be spent on achieving this goal.

Opening an embassy in Dublin is seen as a way to get closer to Ireland as a friendly EU member, important given Britain’s intention to exit. The embassy in Sri Lanka recognises NZ’s substantial and growing trade there.

About $20 million will go helping MPI contribute to raising the value of primary exports – especially in trying to reduce non-tariff barriers, which are generally ‘technical’ and difficult to negotiate.

Trade Agenda 2030 will have a ministerial advisory group to keep the public better informed about trade issues. The 23 member group will include people from all primary sectors and from tourism, Maori, trade unions, exporters and academia.

Demand for dairy products in China hangs on what further steps the Chinese Government takes to stem the spread of coronavirus.

It’s still unclear just how much the outbreak of coronavirus in China will affect New Zealand exports to that country.