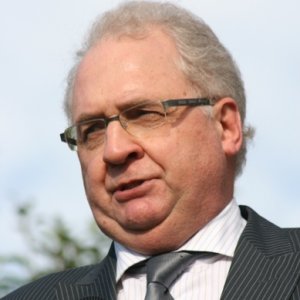 Lincoln University appears to be running the gauntlet of a green-lobby backlash by awarding an international alumni medal to a palm oil company chief executive.

In an announcement today of five awards that will be presented in April, John Clendon, managing director of Univanich Palm Oil Company, Thailand, was named as the recipient of the alumni medal.

Organisations such as Greenpeace say the palm oil industry, and its by-product palm kernel expeller which is used as an animal feed in New Zealand and elsewhere, is responsible for massive loss of biodiversity and habitat for endangered species including orang-utans.

Announcing the award, the university said Clendon is an example of a Lincoln alumnus who has risen to the highest level of respect in his chosen industry overseas, thus bringing credit to his university.

He has been involved in managing coconut, cocoa and oil palm plantations in the south-west Pacific and Asia since the late 1970s, and was palm oil operations director for the giant UK company Unilever in the 1990s, managing a joint venture which amalgamated three of Thailand’s pioneer palm oil companies to create Univanich Palm Oil.

Unilever subsequently sold their stake in Univanich and the company listed on the Thailand Stock Exchange. Lincoln says Clendon has managed the company through extraordinary growth and its share price has outperformed the market. In 2009 he was in the final four for Thailand’s Best CEO Award and the company is a three-time winner of the Best Performance Award of the Stock Exchange of Thailand. He’s ensured the firm is the socially responsible, stand-out company of the palm oil industry.

“This year Lincoln University’s Council has approved the conferment of  honorary doctorates on the  Parliamentary Commissioner for the Environment, Dr Jan Wright;  the head of ANZCO Foods, one of the country’s largest export beef and lamb suppliers, Sir Graeme Harrison; and the Captain of the Rugby World Cup winning All Blacks, Richie McCaw.

“In addition, the University’s Bledisloe Medal will be awarded to Dr Margaret Evans, an endocrinologist and equine scientist of international stature; and the Lincoln Alumni International Medal will be presented to John Clendon, managing director of Univanich Palm Oil Company, the world’s leading producer of sustainable palm oil.

“Each of these award recipients personifies values and virtues expressed in Lincoln University’s mission of transforming land, people and economies. Without question, their individual influences have been ‘transformative’,” says Field.