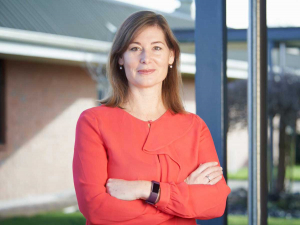 The organisation has made it's submission to the Climate Change Commission after the release of February's draft report.

“Water infrastructure needs to be better recognised as an enabler to achieving our emissions reduction targets,” Winning says.

“Access to reliable water is essential for farmers and growers to diversity their land away from ruminant agriculture to a more mixed-production approach.”

She says there is an opportunity to augment or back up green electricity supply locally by using local ‘bolt-on’ hydro electricity generation where water storage already exists.

“The cost of water and energy, and the ability to source energy closer to use (localised) are going to be key to enabling behavioural change and reducing resistance.”

“Similar to this point, we continue to emphasise the need for an overarching water strategy for New Zealand, so that we identify better strategic outcomes – as well as use policy to respond to problems,” Winning says.