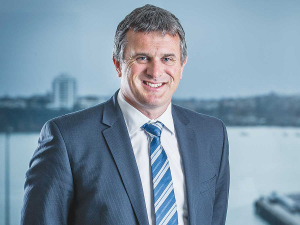 Preliminary findings show that taxpayers will also pay profusely for preparing David Parker’s wide-eyed vision of “achieving a noticeable improvement in five years and restore our waterways within a generation”.

With the submission period now closed on the freshwater proposals, the primary sector waits in trepidation to see what exactly the final recommendations – and on-farm costs – will be.

In the meantime, the costs to the taxpayer of coming up with these proposed recommendations are already mounting.

An Official Information Act (OIA) request by Rural News has discovered that just one of the four advisory groups, established to provide advice and recommendations on freshwater reforms to the Government, has already accrued nearly $400,000 in “baseline and non-baseline” costs – up until October 1, 2019.

Rural News’ OIA related only to the costs and makeup of the 16-member Freshwater Leaders Group (FLG) chaired by former Synlait founder John Penno. The FLG is just one of the four separate advisory groups established by the Government to come up with its proposed water reforms – alongside the Maori Freshwater Forum, Science and Technical Advisory Group and Essential Freshwater Regional Sector Water Group.

According to the Ministry for the Environment (MfE) OIA response, the FLG’s preliminary non baseline costs include “travel, accommodation, meeting costs, fees as well secretariat and professional support”. It added that the baseline costs are for MfE staff preparing reports, presenting at meetings and other work as needed.

However, these costs do not include the extensive round of ‘farmer consultation’ meetings held all around the country on the proposals, which will have racked up even more travel and accommodation costs.

“Please note that the above costs are based on received invoices and will change over time as more invoices are received,” MfE warned.

Not a bad earner

Rural News’ OIA also asked about the criteria, interview process and make-up of the panel that went into deciding the composition of the 16 member FLG.

“Ministers then assessed the candidates and selected a group of people… to ensure the success of the FLG and the Government’s Essential Freshwater programme.”

“Note that not all FLG members have chosen to claim the fees,” MfE explained.