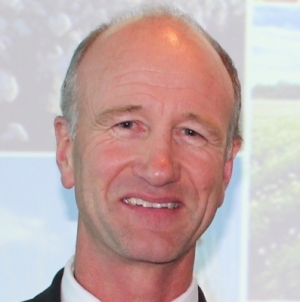 FORMER FEDERATED Farmers president Bruce Wills has been appointed to the Queen Elizabeth II National Trust's board of directors.

His appointment, made by the Minister of Conservation, runs for a three-year term starting in November. The Hawke's Bay farmer recently stepped down from 6 years on Feds board, the last three years of which he served as president.

For the past 10 years, he has been farming with his family on their 1134ha property north of Napier; prior to which, he spent 20 years in banking and investment.

Wills says he is thrilled to be appointed to the National Trust Board.

"I am looking forward to getting involved in the Trust's governance, as well as promoting its work with landowners and the wider agricultural sector," he says.

He says his family has always had a very strong focus on the environment with a particular passion for trees. Alongside the farm, they established and run Trelinnoe Park; a woodland collection of trees, shrubs, perennials, and natives that is open to the public.

They have also planted thousands of trees across their farm and have protected 160ha of native bush with National Trust covenants.

National Trust chair, James Guild says Wills is eminently qualified for the position and comes to the National Trust at a time when it is evolving to play a bigger role in private land protection.

"Bruce is well connected and has an in-depth understanding of the primary sector, governance and financial planning.

"These skills will naturally benefit the National Trust and help promote its standing as a robust, expert, efficient covenanting agency and perpetual trustee of a constantly growing network of covenants," he says.

Wills replaces Bernard Card, who retired from the board after 8 years of service. The Minister of Conservation also appointed the board's incumbent chairperson James Guild for a further 3-year term. 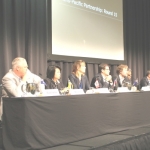 FEDERATED FARMERS president and Hawke's Bay farmer Bruce Wills has been named the 2014 Landcorp Agricultural Communicator of the Year.

FEDERATED FARMERS is mourning the passing of former national president, Alistair Polson; he was aged 58.

FEDERATED FARMERS appreciates Labour Party leader David Cunliffe including the Primary Industries in his State of the Nation speech.