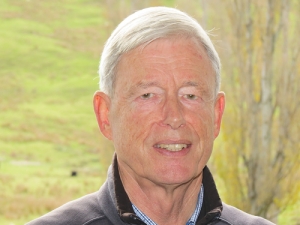 Worksafe New Zealand’s chair says he’s asked the senior managers at his organisation to try to broker a deal with farmers over the carrying of passengers on quads.

This arises from the huge outcry from farmers and industry organisations about WorkSafe threatening to prosecute farmers who carry passengers on their quads.

Professor Gregor Coster told Rural News that he’s asked WorkSafe managers to work with farmers and the manufacturers of quads to try to find “a way forward” regarding carrying pillion passengers on quads.

There is confusion about the manufacturers’ recommendations on carrying passengers. ‘Pillion passenger’ is said to mean a person sitting on the same seat as the driver as opposed to being on the back of the quad. There are also claims that carrying spray gear on the back of quads is more dangerous than a passenger.

Coster says while the work is going on, WorkSafe is sticking to its policies on quads.

“But surely it should not be beyond the wit of a group of wise heads – I am referring to farmers in particular – to come up with a sound protocol and guidance for the safe carriage of people on quad bikes,” he says.

“Federated Farmers has provided excellent leadership in this space. They have a fact sheet on their website and we support that. Many farmers have grasped the importance of them and their family and whanau coming home safely every day. That’s our focus and we want to see everyone come home healthy and safe.”

Coster and three of his staff were at the field day

“Coming to the Ahuwhenua Trophy day has been a great experience. It’s been great to see so many farmers so well briefed on health and safety and carrying out those proper practices,” he told Rural News. “It shows that farmers can do this and all credit to them.”