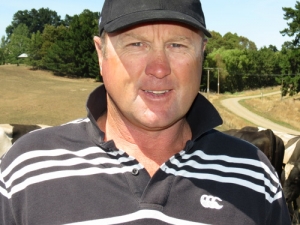 Even with the ANZAC relationship dating back 100 years, it seems the lack of commitment by our Australian cousins cost New Zealand's dairy sector more meaningful gains from the recently concluded TPP negotiations.

NZ special agriculture envoy Mike Petersen told Rural News that if Australia had stood with New Zealand there would have been a much better dairy deal.

"Unfortunately the Aussies did not stand with us over dairy in Atlanta (where the TPP was concluded earlier this month). Their focus was on sugar, biologics and other matters," Petersen says. "If we'd had the Aussies onside, we'd have got a better dairy deal, but it was too hard with just us (NZ) against the combined and heavily protected dairy sectors of the US, Canada and Japan."

Despite the less-than-ideal outcome for dairy, Petersen, in Atlanta with the rest of the NZ negotiating team, believes the TPP has delivered an "outstanding" result for the NZ primary sector.

"It is an outstanding deal for New Zealand. We have basically gained free trade access for the majority of our primary sector products – with the exception of dairy and some beef – to 11 new markets with a population of 800 million or 40% of the world's trade.

"We now have access to 11 new markets tariff-free for fruit and veg, sheepmeat, seafood, wine and forestry, and the next best thing for beef."

Petersen says critics of the deal fail to recognise that the TPP has given NZ the equivalent of free trade deals with countries we could never have expected to sign up to bi-lateral deals.

"The US, Japan, Canada and Mexico would not be interested in doing a bilateral with a tiny country of 4.6 million people. They would ask, 'what's in it for us?', and they'd be right," he explains. "Through the TPP process we now have free access for all our primary products—with the exception of dairy and some beef – into these four markets and seven others."

Meanwhile, Petersen says it would have been untenable and economically stupid for NZ to walk away from the TPP.

"The TPP would have gone ahead without us – it would have been 11 countries instead of 12," he says.