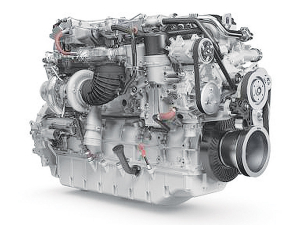 It will be unveiled in November at Agritechnica.

The D4276 is a 16.2 L, in-line 6-cylinder unit reckoned the most powerful of its type developed by the company specifically for farm machines.

Just as we get to grips with Tier 4 final emission regulations on new tractors and learn the acronyms DOC, DPF, DEF and SCR, around the corner comes Tier 5 engines.