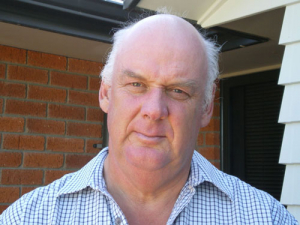 WorkSafe's recent statement that carrying a passenger on a single seat quad might be acceptable in exceptional circumstances – particularly when there is no other alternative – appears to be something of a hospital pass.

WorkSafe says the practice should, generally, be avoided, but if the operator assesses the risk and deems a two-up ride ok, they can do it at their own risk.

But they should prepare for a sore backside in the event things go pear-shaped.

This stance is at odds with the Motor Industry Association (MIA) representing the makers of quads. It clearly says quads are designed for a single rider because these machines require the rider to shift their body weight for effective control, which is severely compromised when a passenger is carried.

Another issue may be the liabilities in the event of an accident. Though ACC operates on a no-fault accident cover basis, things are not so clear with mainstream insurance providers.

“In general, our policies are designed to address physical damage to vehicles or property and any liabilities that may result,” explains Nathan Barrett, chief underwriting and claims officer for FMG.

“We also provide limited liability cover for injury to an individual, but like many insurers we have exclusions. For example, failure to operate a vehicle or machine as set out by the manufacturer’s recommendations can, but not always, result in a claim being denied.”

David Crawford for the MIA suggests the statement by WorkSafe, and endorsed by the Minister for Workplace Relations and Safety, Michael Woodhouse, is ludicrous, as it appears that a government department professes to know more about the safe operation of quads than the people who design, manufacture and test them.

And he says the Government, by condoning two-up riding, has taken onboard some of the liability of ATV owners and users should something go wrong, because it has chosen to contradict the manufacturer’s considered advice.

Put another way, by going with Federated Farmers and other industry body lobbying groups, WorkSafe has managed to transfer individual responsibility to the Government, which looks to set a dangerous precedent.