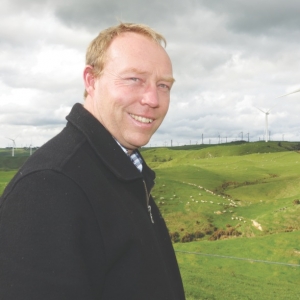 Any farm with several stock classes presents its challenges but as Peter Burke reports, research farm managers have a whole new level of complexity to deal with.

MASSEY UNIVERSITY runs two sheep and beef farms, two dairy units, a deer farm and a horticultural unit. It has 2000ha dedicated to teaching and research, mostly close to the Palmerston North campus, the exception being the 725ha Riverside sheep and beef unit in Wairarapa.

All the farms, bar 200ha, come under the control of a group within Massey called Agricultural Services, including the sheep and beef farm Tuapaka. Acquired by Massey in 1938, Tuapaka’s perhaps best known for Professor Sir Geoffrey Peren’s research there, developing the Perendale sheep which was officially registered as a breed in 1960.

It’s a typical hill country farm nestled in the Tararua Range only a few minutes drive from the main Massey campus. The 476ha currently carries 1150 mixed aged ewes, 460 two tooths, 490 hoggets, 150 breeding cows, 50 rising one-year-old steers and 50 rising one-year-old heifers. What makes Tuapaka unusual is that the top of the farm, 380m above sea level, is part of a huge wind farm across the hills behind Palmerston North. (Unusually, the day this journalist visited, there was hardly a breath of wind to turn the huge three-bladed turbines.)

Like all Massey’s Ag Services farms, Tuapaka is run on a commercial model, and must return a ‘positive financial contribution’ to the university at the end of the financial year.

“We run as close to what a commercial operation is so we have an effective positive balance sheet but our priority is around research teaching,” says farms manager, Byron Taylor.

“As [research] proposals come along we ‘embroid’ them into the farm’s operations and decide the most appropriate time and place for the trials.”

When a proposal is first discussed, staff from Ag Services are involved to determine what additional work will be required by them to help run the trial. Costs over and above normal running costs of the farm are paid for by research groups.

“We don’t get too directly involved in the trial as such. So long as they have gone through the ethics process and they know what they want to achieve and have got funding to do it…. We’ll just work out how best we can help and enable it to happen or we’ll show them what the current challenges are in terms of facilities and resourcing.”

Tuapaka is managed by Phil Brooks, who’s been there 10 years. He says research staff are there at least three days a week, and often all week, collecting data. He’s philosophical and laid back about fitting such work into normal farming operations.

“You can’t get set in your ways. You’ve got to be open minded. Some things might look to be pretty wacky, but then you’ve got to think about it and say ‘will it work?’ If you think it might work, you’ve got to make it work. You can’t be negative about anything because otherwise they may go somewhere else and do it.”

Brooks says his job is to give advice and it’s up to researchers whether to accept or reject this. An example this year was feed availability for a winter trial.

“They [the researchers] came along and said there was too much there, so the quality was suffering. They wanted us to chew those paddocks out and we said we didn’t believe they were doing the right thing. But we did what they wanted. As it turned out the trial finished early because of a lack of feed.”

Taylor says it is a fine balance for farm staff involved in trials, taking responsibility for their role in them, but not taking ownership to the point where they interfere. Their practical advice can be pretty important, particularly when working towards the top of the farm where it snows at least a couple of times a year and the wind can be so bad it’s dangerous to go up there.

Three Massey University agricultural scientists have been appointed advisors to a massive indoor sheep farming operation in China. This has potential to benefit New Zealand long term, says one of the scientists, Professor Hugh Blair.