Change of guard for Deer QA 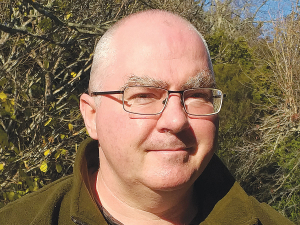 The deer industry says it is reinforcing its commitment to animal welfare with the appointment of a leading specialist in farm animal welfare.

Rob Gregory will assume the role of general manager, quality assurance, at the end of July. He replaces John 'JT' Tacon who is retiring after working for Deer Industry NZ (DINZ) and its predecessor organisations for more than 30 years.

Tacon, who was awarded the prestigious Deer Industry Award in May, has overseen the establishment of rigorous animal welfare standards across the deer industry - on-farm, velvet removal, deer transport and deer processing.

Gregory has extensive international experience in animal welfare and quality systems. His most recent position was with the RNZSPCA, where he assisted with the launch of SPCA Certified, the RNZSPCA's flagship welfare assurance programme.

From 2012 to late-2019, Gregory was based in Thailand working first as Asia-Pacific programme director for World Animal Protection, an animal welfare NGO, and then as an international animal welfare consultant. While working for WAP, he led the development of the first National Code of Practice for Dairy Welfare in India. He also facilitated the creation of the first pre-stun slaughter facility for local cattle in Indonesia.

Previously, Gregory worked for MPI and DairyNZ, and from 2003-2006 worked for DINZ on deer welfare matters.

"The deer industry has a long history of investing in leading QA programmes, including New Zealand's first on-farm and transport quality assurant programmes," he says. "Under JT's leadership, farmers and transport operators have at times made hard calls to ensure the welfare of the deer in their care. We have much to be proud of."

Innes says meeting the expectations of consumers, as well as the requirements of regulatory authorities in New Zealand and in overseas markets, is an ongoing challenge for which Gregory is very well qualified.

Gregory, who is working from a home office in Auckland, behan his employment with DINZ on 1 July and Taco retired on 31 July.

The deer sector has joined a growing chorus of farming groups – and others – describing the Government’s targets for methane reductions as unrealistic.