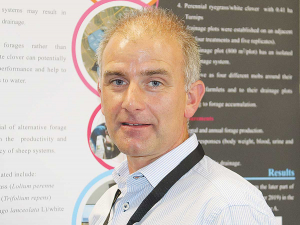 Speaking at the recent 33rd FLRC annual workshop in Palmerston North, Professor Chris Anderson says it’s clear the public wants clean water. He believes calls for action on this and other environmental issues are coming from a broad cross section of society and are based on the situation in NZ, but also other climate related events overseas – such as the Australian bush fires.

But he says not everyone in society understands the issues.

“We deal a lot with schools and even there you have got some people there who are really environmentally strong and focused. But some haven’t got there yet and haven’t made that change. It is the same when we talk to public bodies – there is a difference of opinion there as well.”

Anderson says the science to deal with such issues has always been there and that a lot of good science has been done over a long period.

The themes at the workshop were on GHG emissions, nutrient management, water quality and dealing with carbon. Around 230 people – scientists, rural professionals, policy makers from central and local government and number of international speakers attended the three-day workshop.

The sessions were, by and large, highly technical and showcased some of the projects being undertaken both here and overseas to address the multiplicity of challenges being faced by the agricultural sector to prevent damage to the environment. These also drew attention to new government policies and the targets that are being set for farmers to reduce greenhouse gases and other new policy directives.

Anderson says these are challenging issues, but science is about responding to those challenges and informing the discussion on them. He says science continues to evolve and respond to challenges and says there is a need for educating those in the primary sector about the new regulations and some of the solutions on offer.

“The FLRC workshop has turned into a forum where we can share new ideas and experiences and get an international perspective from our overseas speakers,” he told Rural News.

“It is very exciting because we are attracting a lot more people from overseas and as well the event is acting as a catalyst to putting on other events either side of it.”

Leptospirosis is not just a dairy farming problem

New research has shown that dry stock farmers are just as likely to be infected with leptospirosis as dairy farmers.