Written by  supplied by Rabobank 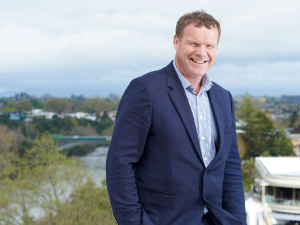 In its submission to the Ministry for the Environment, the bank says the proposals as they stand are unnecessarily harsh and would have a detrimental impact on the rural sector, which is already facing pressures from regulatory change.

It says there will be a likely impact on production costs, operational complexity and future land-use development opportunities.

“We support the Government’s goal of improving the quality of New Zealand’s freshwater and reducing pollution entering waterways from cities and farms,” Rabobank New Zealand chief executive Todd Charteris says. “However, for the reasons outlined in our submission, we are not confident the proposed freshwater reforms, in their current form, will achieve those stated goals in a fair and balanced way.”

Rabobank says New Zealand food and agribusinesses have proven themselves to be resilient, innovative and adaptable.

In its submission, the bank says the proposals most relevant to farmers and growers include the introduction of more stringent nutrient bottom line requirements, new national practice standards and interim controls on land use intensification.

“Our assessment, based on direct feedback from our clients and wider industry conversations, is that the overall impact of the proposed freshwater reforms on the New Zealand farming community will be significant.

“These impacts will vary considerably from farm to farm, depending on location and farming system. For some, meeting these new requirements will represent a major challenge and come at a considerable cost.”

Rabobank describes the proposals as both complex and demanding, with the consultation timeframe being extremely tight during a busy time in the farming calendar.

It adds that these series of reforms represent a substantial challenge for farmers and growers.

“The proposals also appear to underplay the significant progress many farmers and growers have already made in improving freshwater management on their properties and in stepping up their environmental sustainability practices,” Rabobank says.

Rabobank says a thriving food and agribusiness sector is vital for both New Zealand’s national economic progress and the continued wellbeing of the country’s rural communities. The reputation of New Zealand farmers and food producers as among the most successful, competitive and efficient in the world should be both welcomed and celebrated, it says.

“Therefore, we encourage the Government to ensure implementation of the proposed freshwater reforms does not lead to a substantial land use shift away from farming and horticulture, and towards non-food producing forms of land use such as forestry,” the bank says.

“Specifically, given that New Zealand is a large net exporter of food and agricultural products, Rabobank urges policy makers to recognise and protect the role New Zealand plays in contributing to global food security and sustainability. It would make no sense, for example, for a supply gap created by a reduction in New Zealand food production to be filled by products from countries with less environmental integrity.”

Rabobank also points out that the cumulative impact of the proposed freshwater reforms on food and agri producers should be considered alongside other proposals affecting the sector. It lists these as the Climate Change Response (Zero Carbon) Amendment Bill, the Government’s proposal to put a price on primary sector emissions from 2025, whether through the Emissions Trading Scheme or a new alternative mechanism which has yet to be agreed, the National Policy Statement for Indigenous Biodiversity, the Government’s One Billion Trees Programme and the review of the Dairy Industry Restructuring Act.

“The cumulative impact of these proposals, in association with the freshwater reforms, will significantly influence New Zealand’s future land use and farming systems and contribute further to the rural sector uncertainty we have highlighted,” Rabobank says.

Rabobank has lifted its forecast milk price for this season by 45c to $7.60/kgMS.