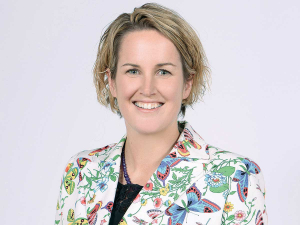 Jane Argyle-Reed, partner in Ashburton law firm Argyle Welsh Finnigan, and her team, outline some of the recent changes in legislation that will be of interest to the rural and farming sectors.

In 2017, the Government announced a comprehensive review of the Dairy Industry Restructuring Act 2001 (DIRA) by the Ministry of Primary Industries (MPI).

Earlier last year, the MPI review was completed with recommendations for changes to the DIRA. The resultant Dairy Industry Restructuring Amendment Bill (no 3) is currently with the Select Committee.

MPI believes these changes will increase certainty around milk price calculation, remove unnecessary regulation and protect consumer interests. In order to achieve these objectives, several changes have been proposed, including:

Clarifying Fonterra’s terms of supply can relate to various on-farm performance matters, such as environmental, animal welfare, climate change and other sustainability standards and that price can be adjusted accordingly

For Fonterra to be no longer required to supply regulated milk to independent processors with their own supply of 30 million litres or more in a single season, and

Immigration New Zealand has introduced changes that affect some employers and migrant workers. These will be introduced in various stages over the next 18 months to 2021. Changes include:

Sector agreements for some industries that regularly employ migrant workers, and

Reinstating the ability for lower-paid workers to bring their families to New Zealand.

There are, however, changes for Talent Accredited Employers; these took effect from 7 October 2019. They include:

An increase the salary employers must offer their employees before they can apply for a Talent (Accredited Employer) Work Visa (from $55,000 to $79,560), and

A reduction in the period of accreditation of employers to 24 months.

Some visa requirements and processes will remain the same. People holding visas based on lower-skilled work must still leave New Zealand for a one-year period after they have been working for three years, and Immigration New Zealand must still be satisfied that there are no New Zealanders available for that job before approving a visa.

There have been several changes in the Animal Welfare (Care and Procedures) Regulations 2018. These were mostly minor changes to existing regulations, although some entirely new regulations have also been introduced.

This article was first published in the Summer 2019 edition of Rural eSpeaking, the farm-focused e-newsletter of NZ LAW member firms. Argyle Welsh Finnigan is a member of NZ LAW.