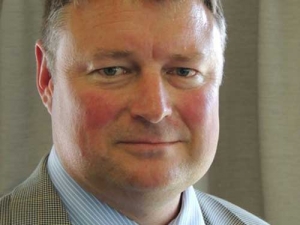 It seems that farmer/shareholder ownership of primary sector entities is almost worshipped in some quarters.

Fonterra is often held up as the Holy Grail – although many dairy farmers may dispute this given the current season’s low payout.

Of course, Westland Dairy and Tatua, and both the major fertiliser companies, are co-ops, as are many others such as rural supplier Farmlands and insurance company FMG. All these companies are viewed as successful and sustainable operations. But is that because of their co-operative structure or their business models?

An area of the agriculture sector where the co-operative model has not been a huge success is the meat industry. Two major players in this industry – the Alliance Group and Silver Fern Farms – are cooperatives, and even in ‘good’ years their profits are meagre in respect of the investment tied up in the businesses.

However, these meat co-ops are not alone in suffering poor returns on capital: most of the privately owned entities in the sector also struggle for profitability.

For months now, Silver Fern Farms has been looking for a capital injection – thought to be around $100 million – to shore up its balance sheet and appease its bankers. This has raised the prospect of an outside shareholder – possibly foreign – taking a stake in the company. This idea horrifies some in the agriculture sector – as well as opportunistic politicians.

Surely an outside shareholder in SFF would be a far saner option than that suggested by NZ First – that the Government “bail out” the meat exporting company.

Why on earth should taxpayers invest money in a co-operative when its own farmer shareholders won’t?

Rumour has it (at time of writing) that China-based Bright Foods is in the offing to inject much-needed major new capital into SFF. The Chinese firm already has investment in NZ agriculture via its tie-up with Synlait Milk. The Bright connection is credited with helping Synlait to penetrate not just the Chinese market, but others in Asia.

Some shareholders stoutly oppose any outside investment; so how about they put their money where their mouths are and stump up the necessary capital. If they can’t or won’t then their opposition is pointless.

Applications for Silver Fern Farms Co-operative’s next board appointed farmer directors are open.