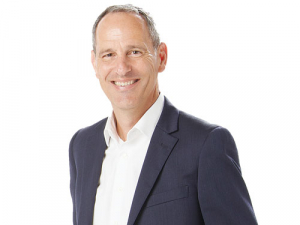 OPINION: Two important pieces of work released in the last couple of weeks bring into clear focus the challenge New Zealand faces in its greenhouse gas emissions from agriculture.

The first of these was modelling released by the Parliamentary Commissioner for the Environment (PCE) on the impact of methane emissions from livestock, which sets out the kind of reductions NZ needs to achieve to contribute to the global challenge of climate change.

The second, a comprehensive report by the Productivity Commission on a transition to a low emissions economy, calls for changes to the structure and methods of agricultural production, including greater diversification of land use and greater adoption of low emissions practices on farms. The commission at the same time pointed to the need for “significantly more resources” from the Government for innovation in this area to support this transition.

While much of the recent public debate on methane (the single biggest contributor to NZ’s agricultural greenhouse gases) has been about the degree to which it contributes to climate change, the science is now clear that its impact is significant.

The modelling from the PCE provides some potential starting points for planning – including an estimated 10-22% reduction in methane emissions that would be required by 2050 to avoid any further warming contributed by NZ above current levels (the number within that range to depend on the action of other countries).

The PCE’s full report is still to be released, but the numbers in front of us now have already ignited a fresh debate about how we address them. One approach being put forward is a simple reduction in livestock numbers, with the resulting economic impacts, while others are promoting the potential of science and technology to significantly reduce the emissions per unit of production.

With AgResearch being a key player in the science to reduce greenhouse gas emissions – mostly methane from livestock – I see plenty of reason for optimism that the latter approach will continue to yield benefits.

Some of the exciting prospects now in development include the following:

With the support of government and industry partners including DairyNZ and Grasslanz Technology Ltd, we are field testing in the US a genetically modified ryegrass shown in glasshouses to reduce methane emissions from livestock by up to 23%. Not only has the HME ryegrass shown potential for methane reduction, it also has features of reduced nitrate leaching, and its increased photosynthesis allows for faster growth and increased energy for the animal, as well as improved resistance to drought. So less methane and greater productivity.

Our scientists have shown that livestock can be bred to produce less methane emission. With money from the PGgRc and NZAGRC, we have bred sheep with a 10% difference in methane emissions between the average animal in the high- and low-methane breeding lines. Other benefits appear to be leaner meat and increased wool growth. This breeding approach can also be applied to cattle.

Again with money from the NZAGRC and PGgRc, our scientists are working towards the development of a vaccine and inhibitors that can be applied directly to livestock to reduce the amount of methane they produce.

Whatever we do, we will need to achieve consistent reductions in our environmental footprint while maintaining our regional and national prosperity.

I’m confident that continued investment in our world-class science will enable us to get there.