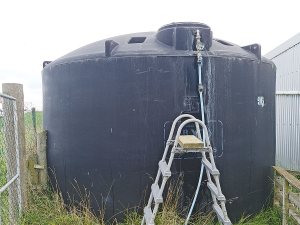 A recent report on rural water schemes – commissioned by the Department of Internal Affairs (DIA) – will do little to quell users’ concerns about the Government’s contentious 3 Waters reforms.

Despite the Rural Supplies Technical Working Group’s (RSTWG) making 30 recommendations to DIA, the fact remains that the country’s 100 or so council-owned rural water supply schemes will be transferred into the four new co-governed water entities.

Just how good will a Christchurch-based water company – which has no local knowledge or governors – be at ensuring that a leak is promptly fixed on a farmer’s tank on a rural water scheme on the outskirts of Gore in Southland?

The answer is pretty obvious.

RSTWG chair and Clutha District mayor Bryan Cadogan claims his group has listened carefully to the concerns of rural communities.

The message for months has been pretty clear that rural water schemes users – up and down the width and breadth of NZ – wanted nothing to do with 3 Waters reforms.

Yet Cadogan and his RSTWG have still recommended that the country’s 100 or so council-owned and run rural water schemes be transferred to the new mega water entities.

It’s clear this working group was set up to come up with an outcome that both DIA and the Government wanted. The RSTWG members can take their 30 pieces of silver and move on.

The group was limited by its scope – due to the 3 Waters reform objectives.

DIA says it will now consider the RSTWG report and feed its recommendations into advice and draft policy, which will be considered by Cabinet for inclusion in “Bill Two” of the Three Waters Reform legislation.

In other words, like it or not, the country’s rural water schemes will be forced into the 3 Waters reforms as that’s what the Government wants and nothing is going to stop it.

Rural water users should remember this come the election in 2023!

The Rural Supplies Technical Working Group (RSTWG) has made 30 recommendations in a recent report to Department of Internal Affairs (DIA), including that the country's 100 or so council-owned rural water supply schemes be transferred to the four new co-governed water entities.