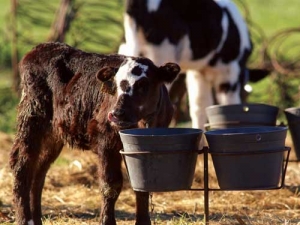 As Peterson says, the group has deliberately gone to the UK market and misleadingly said that the actions of these few, rogue dairy farmers are commonplace in the NZ dairy industry.

Unfortunately, this will cause some damage because some consumers in the UK will not see SAFE's comments as coming from a bunch of nutters; with them its messages about NZ dairying will resonate.

Nevertheless, it is clear the actions of these few, bad farmers – and some rogue operators – has sullied the entire NZ dairy industry's reputation and opened the window for SAFE's attack.

The agriculture sector needs to come to terms with the cold, hard fact that it is always under scrutiny: groups like SAFE, Fish & Game, Greenpeace and others are always looking for a chance to have a crack. Farmers and their industry organisations have to be exemplary in their actions – especially regarding animal welfare and environmental behaviour.

And transgressors have to be punished, such as by losing their ability to farm or by dairy and meat companies refusing to take their products. If not, the whole industry will suffer, as in this most recent case.

SAFE is a bunch of nutters on an anti-farming campaign – but that is what the industry must put up with.

As Federated Farmers dairy chair Andrew Hoggard says, care needs to be taken in responding to these types of campaigns. A heavy-handed response only gives SAFE and other anti-farming groups more of a platform and oxygen for their cause. Hoggard sums it up nicely, saying that as an industry farming needs to work hard to prevent the things consumers find abhorrent; and the industry must get tough on farmers who flaunt the regulations governing farming.

As a sector, agriculture has to walk the walk, not just talk the talk in this regard. That is the only way it will continue to garner public support and consumer confidence.