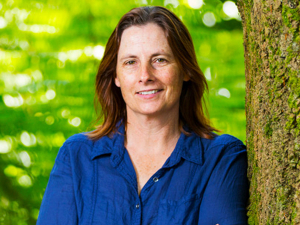 Read: Outgoing Federated Farmers president Katie Milne has hit out at Wellington-based government officials for their lack of understanding about farming.

Late last week, Environment Minister David Parker and Agriculture Minister Damien O’Connor – along with ministry officials – unveiled the long-awaited reforms before invited guests at Parliament. However, the farmer lobby was a notable omission.

How does the Government expect to get farmers onside for its highly contentious water plans, when it refuses to deal or even engage with the farmer representative organisation?

O’Connor denies that farmers have been left out of the process. He cites the involvement of the John Penno-led Freshwater Leaders Group – with the likes of Bryce Johnson, Marnie Prickett, Gary Taylor, Hugh Logan and Alison Dewes (look up these people’s attitude to farming), along with staffers from Dairy NZ and Beef+Lamb NZ as bringing “deep knowledge, expertise and input from leaders across the primary sector” to the reforms.

Rural News understands that Federated Farmers has been on the outer – and completely frozen out of the process since May last year – when it was accused of leaking confidential briefing material about the reforms. The farmer lobby has fiercely denied this claim and MfE officials have never proven it.

This all came to a head in May 2019 when Ministry for the Environment’s (MfE) water director, Martin Workman, circulated the key parts of the draft final freshwater package. It went to a number of agricultural organisations who were told it was confidential and not to be shared. However, it was leaked within 24 hours of being sent out.

MfE and Workman blamed Feds for the leak and refused to work with or share any further information on the water reforms with the farmer lobby. This was despite the Feds’ strenuous denials of any leak in a letter to Parker’s office. “The documents were not provided to our elected water spokesman and definitely not to any farmers,” the letter said.

The continual snubbing of Federated Farmers by the Ministers, MfE and the advisory bodies over these reforms will make it even more difficult to get farmer buy-in on the new water regulations.