Out of the frying pan, into the fire

Written by  David Moffett, founder of the New NZ Party and former chief executive of NZ Rugby and Welsh Rugby 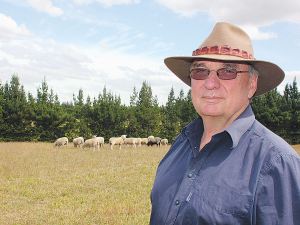 Former rugby boss and now political leader David Moffett has major concerns about the impact of the ETS on NZ’s economy – especially the agricultural sector.

Government’s own estimates put the cost (tax) at between $14 billion and $36b from 2021 to 2030 and that is likely to be the tip of the iceberg depending on supply and demand for carbon credits.

Before commenting on this outrageous tax grab by this and previous governments, I researched the effects of the Paris Agreement on every Kiwi.

Unfortunately, I was left with the inescapable conclusion that the Government and its bureaucracies have made understanding the implications so complicated that only the best lawyers and accountants will be able to make sense of it.

The agricultural sector has long favoured a desire to manage their own emissions scheme, but has recently succumbed to Government pressure.

The Government has recently announced that the agricultural sector will only be slugged with 5% of their actual obligations under the NZ ETS. This is good and bad news for the sector.

Good because it is manageable. Bad because the sector will only see their contributions increase in the future, having opted for inclusion in the scheme.

We don’t have an issue with the ag sector or other sectors paying this low rate but we believe they are being lulled into a false sense of security.

Unfortunately, everyone in every sector will still pay for the full cost of the Paris Agreement. As outlined above this is likely to exceed $4b per annum over 10 years, and that’s just for starters.

Where will this shortfall be made up? you may ask. Most likely in increased taxes, something that the Ardern Government is expert at. Remember the capital gains tax fiasco.

So, the Government has to be totally transparent (not possible with the current government) as to how they will pay for the Paris Tax. Will it be new taxes or a reduction in services? Increasing taxes is the easy and soft option for all socialist governments.

So, the farming community will be hit very hard in the future, not just by the direct ETS tax but by the plethora of new taxes and tax hikes that this Government will have to raise, so that 120 politicians can ingratiate themselves with the United Nations.

Remember, we all have to pay for the insanity that is the Paris Agreement.

There is a better solution.

The New NZ Party will pull out of Paris, following the lead of the US and develop our own system. We will abandon the multi flawed NZ ETS.

Instead, we will develop our own Environmental Investment Fund which will keep all the money in New Zealand for the benefit of our environment and citizens.

We will involve every sector of our country in the development and implementation of a fair system that benefits every Kiwi.

The agricultural sector will be pivotal to those discussions.

We will use existing taxes to fund the initiative as far as possible. It is inevitable that we will have to raise more funds, but it will be done in an open and transparent way.

The choice is very clear: stick with the current bunch of politicians – Labour, Greens, NZ First and National -- and stand by as we become another Venezuela, or give the New NZ Party a crack. What have you got to lose?

Check out our policies and join us at www.newnz.org. We need 500 members to become a registered party.

• David Moffett is the founder of the New NZ Party and former chief executive of NZ Rugby and Welsh Rugby.