Progress is being made on nutrient management 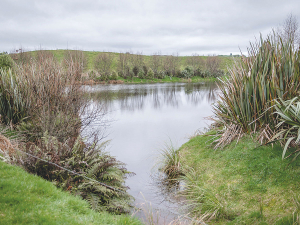 Greg Campbell says NZ waterways are crying out for just the right approach to nutrient management.

OPINION: Most of us are under the impression that all New Zealand has fertile soil that’s great for growing food. It’s more or less a fairy tale.

We do have some good soils, but not enough. Only about 5% of our soils are fertile enough to grow food without some sort of human assistance.

As a nutrient management co-operative, Ravensdown tries to help farmers aim for soil conditions that are ‘just right’ for growing food – whether it’s carrots for kids in Pukekohe or clover for cows in Culverden. This ‘Goldilocks approach’ has started to pay dividends.

Over the course of a decade, our laboratory has run nearly one million soil tests for farmers which look at, for example, phosphate levels in the soil or its acidity.

In that time, about 25% have shown fertility levels below the optimum for growing food and where farm nutrients would have an effect. 12% of the test results have shown the soils to be above the optimum and not needing any more fertiliser or nutrients until they drop back to the optimum levels.

To successfully grow the grass needed to feed livestock – or the fruit and vegetables we buy from the supermarket – we need to put nutrients used by the growing plants back into the soil, or introduce those which were not there in the soil in the first place.

This is true even if, as the recent EAT-Lancet Commission’s global report suggested, the world consumed less meat protein and ate more vegetables. Because fertiliser would still be required to grow all those plants.

The UN’s Global Environmental Outlook states that in 30 years, 10 billion people will be wanting to eat and to feed them will require a 50% increase in food productivity.

So, replenishing what the soil and plants need is vital. But we can all agree that what our waterways are crying out for here in our backyard is better nutrient management.

Good advice and smarter farming practice are starting achieve some progress.  The National Science Challenge ‘Our Land and Water’ has found that phosphorus has decreased at 40% of measured sites in streams and rivers since 1994 and by 65% of sites since 2004.

The second national LAWA trend report on river water quality between 2008 and 2017 showed that, at 60% of the sites measured, improvements in the amount of ammonium (nitrogen) were being seen.

Over the past year, 2110 square kilometres have been assessed by Ravensdown consultants for environmental mitigations.

Nobody is getting complacent as there is still a massive task ahead and there are lag effects that mean some data could show things getting worse before they get better.

Other countries’ farm nutrient sectors are dominated by global corporations chasing shareholder profits. NZ is mainly served by two local co-operatives who are not here to maximise profits at the expense of the environment.

The awareness of what constitutes a ‘just right’ approach to fertiliser for the sake of the soil, plants and waterways of NZ has come on leaps and bounds in the past 10 years.

Combined with scientific research, smarter technology and a field-based team of certified advisors advocating changes in farming practice, this approach is starting to have an effect.

There’s no reason why there can’t be a happy ending to this story.

The Government is giving $12.7 million to make Northland more resilient in the face of extreme weather.