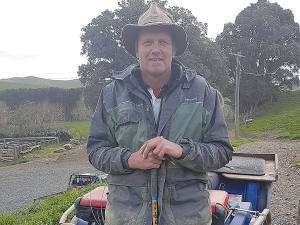 NZ’s pastoral farming is a low emissions process. Studies published in the NZ Crown Research Institute (CRI) assessment of agricultural production systems the world over show NZ is “head and shoulders” above its competitors.

This goes well beyond our on farm production. With regard to NZ lamb sold in the UK, ocean shipping made up 5% of the final product’s carbon cost – voiding the belief that meat produced on this side of the world is environmentally unsustainable.

I am told that Ireland is the world’s next most efficient producer of dairy product. However, NZ can produce dairy products here and ship there and it still has lower emissions than local Irish produce. Incredible!

Our traditional beef systems are towards the lower end of the emissions scale and why wouldn’t they be? We are an island nation whose climate is as good as anywhere in the world for the production of grass fed produce.

This is due to our natural advantage. According to the Paris Accord, this ‘national circumstance’ should factor into the way we go about our business in addressing climate change.

Back to the Paris Accord, which New Zealand is a signatory to. The guiding principles of the agreement mention food production specifically...: “Recognising the fundamental priority of safeguarding food security and ending hunger and the particular vulnerabilities of food production systems to the adverse impacts of climate change”.

Article 2 (b) states: “Increasing the ability to adapt to the adverse impacts of climate change and foster climate resilience and low greenhouse gas emissions development in a manner that does not threaten food production”.

It appears neither NZ’s CRI science nor the guiding principles outlined in the Paris Accord appear to have appealed to the intellect of our MfE representatives.

In an article by Pam Tipa (Rural News, Oct 8), MfE concedes that NZ is the only country considering a compulsory price on biological GHGs. The article goes on to say: “However, that is not to say that other countries are not directly or indirectly regulating emissions for their agricultural sectors”.

Talk about bending the rules to fit the ideology!

We now have four classes of countries. The ‘no’ adopters, the slow adopters (developing) and the leaders (developed) – and then NZ (the developed ‘fall guy’ for agriculture GHGs) all out on its own.

For the umpteenth time, any proposal to tax methane emissions of our livestock and fertiliser N at source will be a direct disincentive to NZ’s pastoral output. While it may reduce NZ’s total agricultural greenhouse gas emissions, it will only encourage international producers to increase their market share using much less carbon efficient methodologies.

Last month’s announcement that agriculture will not immediately be included in the ETS, is a belated realisation by this government of the stupidity in not understanding NZ’s ecomonic strengths.

The ideology of MfE – on both GHGs and freshwater proposals set out in their respective discussion documents – will not only lead us to a warmer world faster. It will also lead NZ’s nation status from fully developed to developing. The first of its kind!

Someone needs to save us from ourselves – and quickly. Not only for our own sake, but also the planet’s!