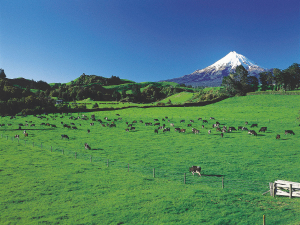 OPINION: Despite the much hyped claim by certain prophets about the ‘historic’ agreement between the farming sector and the Government over the Zero Carbon Bill, the rumblings of discontent are growing louder by the day.

Climate Change Minister James Shaw crowed about the “remarkable shift” in the agricultural sector over the last few years and in particular the last few months resulting in striking the deal to work together.

Agriculture Minister Damien O’Connor also chimed in about the agriculture sector and the Government “working together”.

While levy funded groups such as DairyNZ, Beef + Lamb NZ and even Fonterra have been overtly cuddling up to the Government over its demands to cut agricultural emissions, others in the sector wonder if these bodies and their advocates are selling the sector out.

And DairyNZ and BLNZ has joined other farming groups, eg Federated Farmers, DCANZ, FOMA and Irrigation NZ, to launch an alternative to manage agricultural emissions at lower rates than the Government is demanding – especially for methane.

Many critics still fairly believe that both industry groups are advocating emissions reductions far greater than what current technology and farmer wallets can attain and/or afford.

Even the Government concedes that the technologies to solve on farm emissions problems are not proven or haven’t even been invented. However, it along with both the dairy and red meat ‘industry-good’ bodies seem intent on ploughing ahead and lumping NZ’s agriculture sector with major problems and unaffordable costs for years ahead.

Yet when farmers dare to question the sense of the Zero Carbon Bill – especially in its penalising the world’s most carbon efficient farmers and risking our low emissions meat and dairy products being replaced in world markets by less efficient overseas goods – they are either accused of being climate change deniers or criticised for being negative.

Many of these accusers and critics are within the ranks of the highly paid executives at DairyNZ, BLNZ, Fonterra or their surrogates. It is frankly insulting to farmers to have such quislings hiding inside the very bodies they fund.

Now is precisely the time our agriculture industry bodies and its executives should be fighting the good fight for its levy payers. They should be fighting stupid and dangerous regulations being imposed on the sector by the Government – not appeasing it.