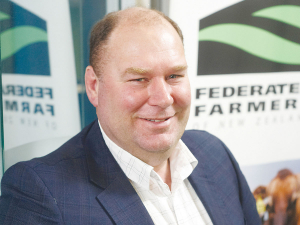 It's clear that billions of dollars of investment are needed to get drinking water, stormwater and sewerage infrastructure up to scratch. However, there are too many flaws and question marks over the proposed four new mega entities for the Government to just press ahead.

A range of deep concerns with the proposed model have been raised in the provinces, chief among them the risk rural voices and needs will be swamped in the enlarged set-ups.

Right now we have a direct say in the appropriate level of investment and priorities for water infrastructure via our local council. If our elected representatives don't deliver, we can eject them at election time - and they know it.

That accountability is significantly watered down with the arms-length governance arrangements now proposed. Councils and iwi get to appoint a panel, which in turn appoints another panel, which selects members of an unelected board.

The complexity of rural water scheme ownership and operations is creating uncertainty in many rural communities and the role of Taumata Arowai and the water service entities needs to be clarified.

Serious questions have also been asked about the estimated costs and benefits of larger water authorities. Experience has shown bigger is not always better.

While it's also true that turkeys don't vote for Christmas. Some councils and councillors might have an eye on their future existence if water services are removed from their purview. Federated Farmers argues the Government's local government, Resource Management Act and three waters reforms are back to front.

The three waters and RMA reforms should be parked until after the Government's current review into the future of local government.

Advacing these huge and costly reforms prior to this review is like putting the cart before the horse.

September 30 was the deadline for councils to give feedback on what changes would need to be made to the three waters model for them to 'opt in'.

Patently, with indications more than three quarters of councils are against or deeply concerned by the proposals, it would be extremely unwise and unfair for the Government to make them mandatory.

There is no case for rushing ahead and hoping for the best.