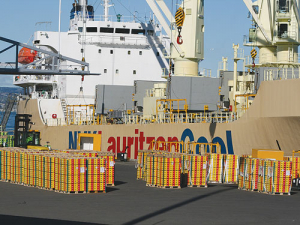 Exporters are concerned about the year ahead.

A survey of ExportNZ members shows exporters are feeling anything but well about what the Government intends to deliver in 2019.

This is despite the empty rhetoric about the year of ‘delivery’ and ‘wellness’ coming from the Beehive lately.

Similarly, the Federated Farmers January Mid-Season Farm Confidence Survey shows the worst farmer confidence since 2009. In both cases, domestic regulation by the Government was the major concern. (Both surveys were run before China-NZ relations really started to head south).

As National’s agriculture spokesperson Nathan Guy says about soaring costs and taxes on farmers, there’s more to come, as confirmed by Agriculture Minister Damien O’Connor when he told Rural News last year that farmers need to “get used to it”.

The ExportNZ survey zeroed in on industrial relations reforms. Over 400 exporters responded, described as “a good mix of small to medium to larger exporters”. When asked what their major barriers to exporting were, the number-one concern was “domestic regulation, e.g. upcoming changes to the industrial relations laws”.

Food and electronic equipment manufacturers said they already pay staff more than the minimum wage because good workers are hard to get. But all workers will want an increase “to maintain their relativity to the minimum wage” adding costs that, as exporters, they were unable to pass on to consumers.

Changes to immigration law could hobble growth in the horticulture sector, which is already desperately short of hands. A large commercial kiwifruit grower said, “We need the right immigration rules to support our industry because if we don’t have the people we can’t grow and our sector has big growth plans”.

The idea that locals could or would fill the labour gap just didn’t stack up. “We do work with WINZ, but out of 120 people sent to us by WINZ, we only gained four people over the course of a year.”

Creeping unionism is also identified by exporters as a concern, not just by manufacturers but also by large scale horticulture operators.

No government can deliver ‘wellness’, whatever that means, with growth in the economy already spluttering and diplomatic relations with our biggest customer, China, in trouble. The concerns of the people who drive our economy – exporters and farmers—should not be dismissed by the Government.