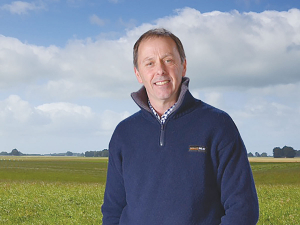 Don Nicolson claims that most farming leadership has given up the fight for what is right and sold out to the beltway vested interests.

So, when discussing climate change and methane’s relevance, keeping it short and simple is critical to avoid being branded a denier – the go-to insult for the threatened.

I don’t deny the weather changes. Or that the climate varies. History exposes all of that.

Further, I expect that the resources of the world must be used wisely and efficiently. That is best found in open markets (as opposed to legislated) and where property rights are upheld.

As a relative new chum to the senior ranks of Federated Farmers, locally and nationally, I recall thinking, “Geez, if that graph’s accurate, mankind’s got a big problem”.

Leading up to and after the Fight Against Ridiculous Taxes (FART) rallies in 2003, I was seen as one of the prime antagonists to any notion government could tax the natural processes of cattle and sheep burping methane.

But I still had this niggling concern: “Heck, what if these emissions are helping to fry the world too?” Even so, I spent until the end of my Feds tenure in 2011 holding the line on behalf of farming.

Disappointingly, in the years since, it seems that most farming leadership has given up the fight for what is right and sold out to the beltway vested interest noise and misinformation.

I’ve become acutely aware of the many deceptions that led to where we are now, so why haven’t they?

Naughty Michael had redrawn the global temperature graph for the last 1,000 years. He’d only wiped out the Medieval Warm Period and the Little Ice Age by the stroke of a pen to suit the climate alarmism frenzy!

It was a major catalyst (of the many) the global climate alarmist club wanted to drive a fear-of-the-future ethos home.

And so, to methane.

Incessantly we’ve been told that methane (CH4) is a problem – one of the biggest, baddest greenhouse gases (GHGs) that’s making the world overheat. Worse, they say, more CH4 brings on warming at many times the rate of CO2.

But I discovered that for all those who work on climate change sciences, the key discipline is physics.

Many papers are available, but a simple excerpt from just one, eminent Physicists W. A. van Wijngaarden1 and W. Happer2, “Methane and Climate”, November 22, 2019 explains:

“Given the huge benefits of more CO2 to agriculture, to forestry, and to primary photosynthetic productivity in general, more CO2 is almost certainly benefitting the world. And radiative effects of CH4 and N2O, another greenhouse gas produced by human activities, are so small that they are irrelevant to climate.”

When the laws of physics are applied to methane in the atmosphere and its molecular ability to absorb infrared radiation, it’s clear that it is physically impossible for methane to cause anything but an immeasurably small warming (or cooling for that matter).

After 25 years of a repetitive methane beat-up, NZ ruminant animal agriculture is about to face an even tighter noose – all based off a litany of lies told often and well-orchestrated by vested interests.

Recently, James Shaw has alluded to a cost of $200m of farming and taxpayers’ cash so far to keep the fatally-flawed methane fable going. That will be much more if HWEN gets the tick and all in a frivolous pursuit of a non-problem.

A quarter century of methane chicanery now exposed surely means that parties to HWEN have no reason to play in the Government’s muddy methane paddock – period.  But then the HWEN parties wouldn’t want that would they?

Repeating a lie one thousand times until it seems a truth, is still a lie.

Ravensdown has unveiled new methane mitigating technology that it says virtually eliminates the methane emitted from effluent ponds - reducing it by up to 99%.