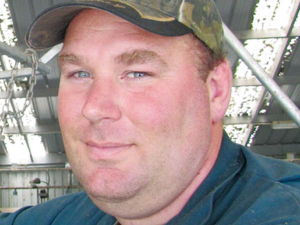 OPINION: The Government failed to take on board common sense suggestions for the improvement of the recently passed Zero Carbon Bill (ZCB).

On November 1, the primary sector put a proposal to the Government which would have achieved the Zero Carbon Bill’s aims and built on the good faith established by the industry-Government climate change commitment -- He Waka Eke Noa.

That was a sad day for common sense. The Government not only walked away from an important part of our commitment to the 2015 Paris Agreement, which requires all its signatories not to forsake food production for climate goals.

But it also relinquished the opportunity to be true leaders and adopt targets for methane which truly reflect its actual warming impact.

Federated Farmers was also deeply worried by a comment made during the debate on the ZCB by Labour MP and former head of the environment select committee, Deborah Russel, who questioned the usefulness of New Zealand’s ability to produce food.

Russel said: “I’m not sure that we have a responsibility to feed as many people as possible. We certainly want to ensure that we produce food -- it’s one of the things that we export -- but it’s not clear to me that we need to continue producing food at that level.”

A major focus of the United Nations is its sustainable development goals, and whilst climate change is one of those, so too is zero hunger.

Cutting food production in New Zealand does not prevent people eating, it merely hands production and jobs to international competitors such as the heavily subsidised European Union’s farmers.

They will just produce the same amount of product, only less efficiently and with higher greenhouse gas emissions.

The 2050 24-47% reduction target for biogenic methane remains eye-wateringly hard for farmers to achieve and correspondingly dire for our economy to withstand.

With the current tools in the farmer’s toolbox, the only way to meet the top end of the target (47%) is to halve the size of our livestock sector. Even if some of those tools become available, they are not going to universally fit into all farming systems.

The primary sector contributes $28 billion in export earnings to our economy.

New Zealand farmers are proud to be the most carbon efficient farmers in the world. Forcing them to reduce production is not only going to make New Zealand poorer, but will likely increase global emissions, so we will effectively be shooting ourselves in both feet.