Are EU and UK doing the dirty of NZ? 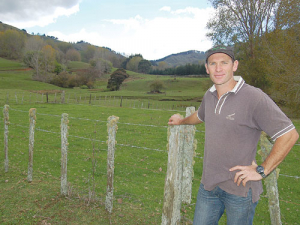 The New Zealand meat industry could be hit by fallout from the tense and divisive Brexit negotiations.

It seems that the UK and the EU, in a desperate attempt to reach agreement, are poised to breach World Trade Organisation (WTO) rules over a long-standing agreement NZ has for sheepmeat access to the EU which includes – at this stage – the UK.

The NZ meat industry had become aware that the UK and EU have reached a deal to arbitrarily split the 228,000 quota to the EU, with 45% going to the UK and the rest to Europe. However, the original agreement has been ratified by the WTO and needs the approval of all parties to the agreement and the WTO to make changes.

What has annoyed the the Meat Industry Association and Beef + Lamb NZ is that the UK and EU have seemingly done this deal without consulting NZ, which is illegal under WTO rules.

“Taken at face value this is not a positive sign,” says BLNZ chairman James Parsons. “We want to put our views on the table.”

He says NZ is not trying to make any specific gains out of Brexit, but NZ cannot stand by and allow the UK and the EU to breach a longstanding legal agreement. He says as a last resort the NZ Government may have to seek redress from the WTO itself.

Parsons says he realises that the whole Brexit issue is complex and the negotiations for both parties are difficult. But he says NZ is prepared to try to find quick and creative ways of sorting out this matter.

Parsons says he’s deeply disappointed that NZ, along with other third parties to the UK/EU agreement, have not been consulted before word leaked out about the proposed quota split.

Under the present arrangement, there is flexibility for the 228,000 tonnes of sheep and goat meat NZ exports there to be moved around the EU, which avoids individual markets being flooded with product when times are bad. Parsons says this works to everyone’s advantage and to remove that flexibility could hurt producers in the UK, Europe and NZ if there was an oversupply of lamb or a price slump at any time.

“What they are proposing is that we wouldn’t have that flexibility and so it would be a backward step. We’d be worse off and according to the WTO principles no country should be worse off. The quota is enshrined in the WTO and it’s a legal right – not something the EU and the UK can just change.”

Parsons says normally any change in an agreement has to go before all 164 WTO members for approval. But he says there are ways around this and NZ would be happy to strike a deal provided it was not detrimental to our meat industry.

Parsons says NZ is following developments in Europe closely. Our special trade envoy (and former BLNZ chairman) Mike Petersen is now in Europe and Parsons says he may go there himself in the new year.