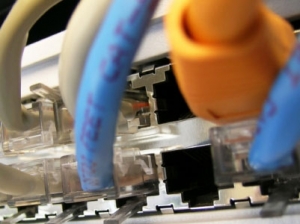 Visiting New Zealand recently he told Rural News that Irish farmers tell him a complete rollout of high speed broadband to rural areas is the most important task his government faces.

Broadband is as important as – perhaps more important than – any other structural component of the farming sector because it’s critical for increasing production and productivity.

“Until recently broadband in Ireland has been patchy. It has improved in the past year and even in the past six months and we reckon the private sector is spending [about] 2.5 million euros on broadband provision,” White says. “But this is still not going to be enough because there are parts of rural Ireland where it won’t be commercially viable for the commercial operators to go.”

“The cities and the big towns… are well served but the remote – and even not so remote – areas we will need to serve. Agriculture is one sector that will benefit.

“Also, education, health and tourism – especially agri-tourism – need broadband. We want to make sure people who come to Ireland have access to broadband, including students and tourists.”

“They are happy and willing to use their mobiles or iPads to run the farm, but if the connectivity isn’t there they won’t be able to maximise the benefit of that technology. You see this issue in all parts of the world and I have been discussing that with people here in New Zealand.”

A new energiser from Datamars Speedrite range claims to be the first “smart” electric fence unit, alongside an output of 46 joules.

Policymakers in Ireland have learned the lesson about demonising farmers – just don’t do it.