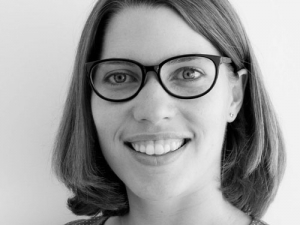 Noticing a dearth of wine bloggers in New Zealand, two former Villa Maria employees have taken matters into their own hands.

Caro Jensen and Emily Camblin are the individuals behind Sipnzwine.com, a New Zealand wine and lifestyle website, established just over a year ago.

Jensen says as marketers her and Camblin were used to launching products and had a good handle on digital technology.

"We thought it would be great to work with some wine bloggers. They seem to be online everywhere overseas, but when we looked here in New Zealand, there weren't actually a lot of them. There are a lot of people rating and reviewing wines, which is great. But there are not a lot of bloggers who are writing more about the stories of the industry. So that's where we found a gap."

She says the aim of Sipnzwine is to bring the human face of the industry to the fore.

"New Zealand prides itself on being young and innovative and there are a lot of really passionate, young people out there who are not your typical European old guy, serving wine on a trestle table. But in the on-line world New Zealand doesn't actually come across that way."

So the two decided to do something about that – and since their launch in April 2015, they have profiled a number of events, led the initiative Dare to Pink (see below) and featured stories on individuals that would never tend to appear in more traditional forms of media.

That has been a deliberate ploy Jensen says.

"It doesn't have to be the viticulturist or the winemaker you are interviewing. It could be the cellar hand or the sales person, or cellar door lady who has a great story to tell. There is always one person in the winery who seems to have been working there for years and knows everything that happens. There are a lot of people in management who work for years and have a great experience of the whole industry. That is worth talking about."

Given wine and lifestyle bloggers are in abundance overseas, why is it that there are so few here in New Zealand? Jensen believes it is because wine and writing about wine is actually rather intimidating. Which she says is a bit silly, because people have no fear of saying whether they like other products.

While Jensen and Camblin are the major contributors, a number of other bloggers have come to the party, proving that the stories are out there and maybe sipnzwine.com is a safe haven for them to express themselves.

A Rosé by any other name

Rosé – the wine style that is now outselling white wine in France, is beginning to make its mark here in New Zealand. Sipnzwine's recent initiative Dare To Pink has proven that.

With the support of 25 wine producers from throughout the country, the campaign to bring Rosé to the attention of consumers was held over the month of February. There were a number of strategies involved in the campaign, including a competition for the consumer's favorite Rosé, merchandise that dovetailed into the lifestyle aspect of the wine and the Dare to Pink day.

Caro Jensen said it was all about providing some credibility to the style.

"We talked to a few producers and many of them said; 'oh Rosé, it's just a by-product.' We thought that doesn't give it enough justice.

"Then when we talked to consumers they would tell us how they loved Rosé, it was their favourite drink, So we thought there was an opportunity to bring the consumers and producers together via social media."

Given it was the inaugural event, the campaign has been highly successful. Jensen is hopeful of it returning next year, with even more producers and consumers taking advantage of it.

By the way the top Rosé from the competition was Akarua Rua from Central Otago, as voted for by wine lovers during February.

Keep stock away from ute

A Canterbury farmer has created a solution for farmers wanting to protect their utes from stock.

Two New Zealand agribusinesses are partnering up in the name of quality milk.