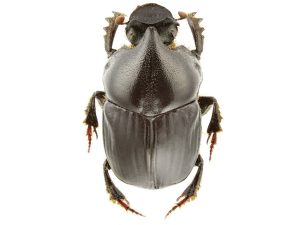 This is the Bubas bison, the dung beetle Shaun Forgie recommends for vineyards.

No, it’s not the start of a bad joke, it’s a serious question, one that was answered at the Organic Winegrowing Conference.

The answer by the way is Bubas bison – a dung beetle brought into New Zealand by Dr Shaun Forgie, co-founder of Dung Beetle Innovations.

Bubas bison is just one of around 7000 dung beetles who according to Forgie owe their existence to “playing around in excrement all around the world”.

Why is that important? Because by playing around in excrement, dung beetles provide a bio control that takes that dung deep into the soil, providing all important nutrients and breaking up the soil by providing airspace.

There is a plethora of scientific information that backs up just how ecologically important dung beetles are in the agricultural sense. They help with pasture productivity, plant nitrogen, add protein and develop microorganisms, increase soil health and improve water holding capacity among many other things. There are dung beetles on every continent (with the exception of Antarctica) all of them going about their daily task, never complaining about their shitty job conditions. There are three types of dung beetle, the rollers, which roll balls of dung many times their size away from the manure pat. There are dwellers, which live inside the dung itself and finally tunnelers which remove the dung from the surface and carry it up to a metre down into the soil.

It is the tunnelers that Forgie has brought into New Zealand, with the permission of the Environment Protection Authority, because New Zealand simply does not have any beetle that could be put to use on agricultural pastures. The only native dung beetles are tiny, flightless rollers that are confined to native forests, so no good on pastural land.

The way the beetles work is they are attracted to the smells emanating from fresh manure piles. They move in and then start tunneling balls of the manure down into the ground, time and time again. They lay an egg in each one of the microscopic balls, which then starts the life cycle again. 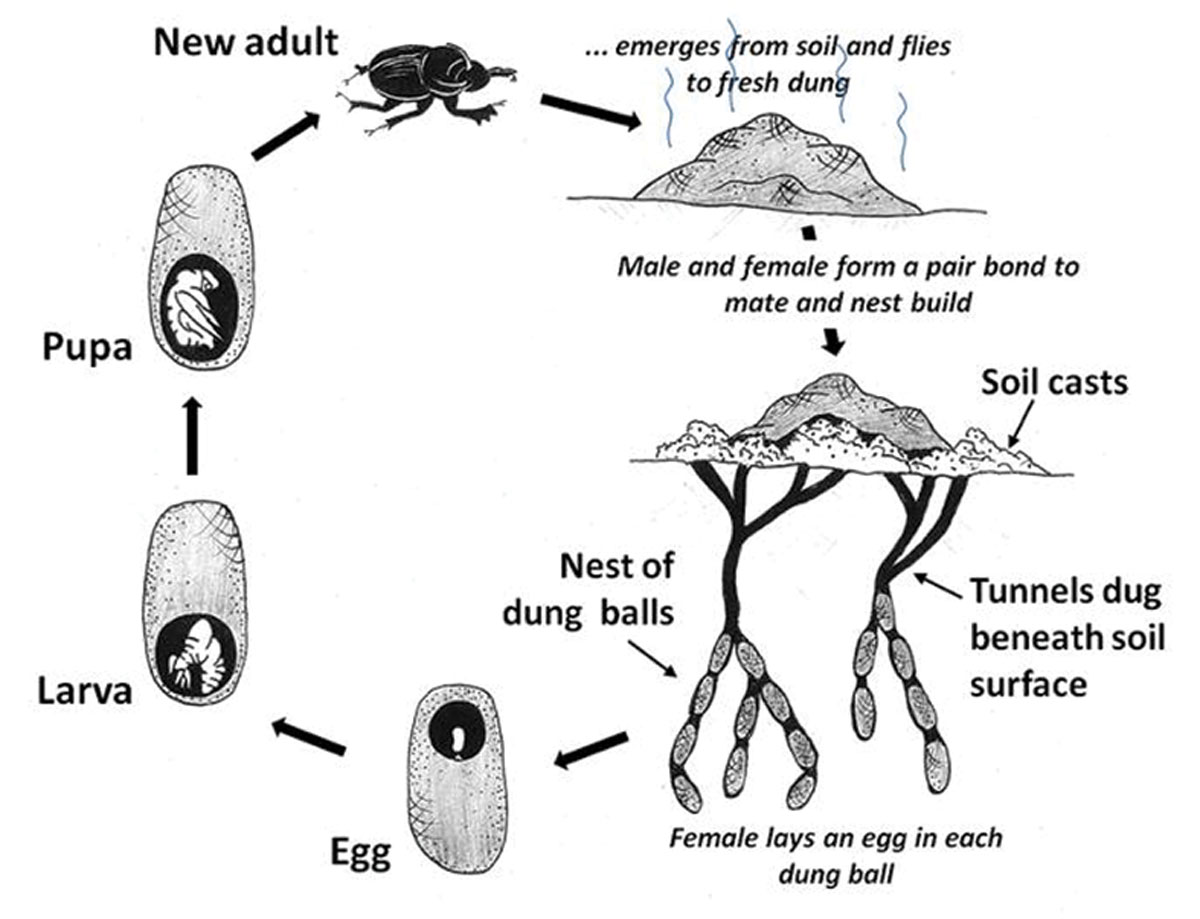 “That whole process can be about six to eight weeks,” Forgie explained. “So with those fast biomass dung beetles, you can get multiple overlapping generations all producing babies and burying manure rapidly. You get a hugely exponential increase in beetle abundance once you have put them in a particular place.”

Given placing sheep in vineyards is a unique New Zealand occurrence, Forgie believes there is the potential to utilise dung beetles to make the most of the poo. In particular Bubas bison, which is around 18mm in length, is a flying beetle and is active during the same months that the sheep are most commonly homed in vineyards – March to October.

“It is a specialist at winter time, when all the other beetles we have are hibernating. This one decides to start emerging around March and goes through until October. It is prolific at burying anything from cow manure to sheep poo. So if
you have got sheep running around at that time of the year then you may as well utilise that nutrient resource in the form of manure by shoving it into the ground. It is another tool to try and improve soil health, sustainably.”

What’s more, Bubas bison enjoys the soil types that vines do, including clay and compact silts.

As for the cost, Forgie says they can provide dung beetles at a cost of between $10 and $40 a hectare, depending on which of the 11 beetles a customer prefers.

For more info head to dungbeetles.co.nz