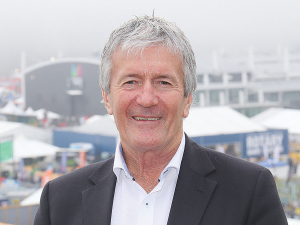 Agriculture Minister Damien O’Connor says there is unlikely to be much growth in production in the dairy sector in the coming year.

He told Dairy News at National Fieldays in mid-June that if there is any increase in production, the cash is likely to go into repaying debt.

His comments line up with most commentators’ view that the mood of dairy farmers is pessimistic because of central government policies and local government regulations. And they are fed up with public and media bashing of their industry.

O’Connor says he’s aware farmers are facing uncertainty in many areas and want answers, and that they have high debt burdens.

But many positive things are also happening, he says.

“The price projections for next year are pretty positive. Some farmers out there are getting on and doing a great job, keeping their costs down and probably looking at this next year’s payout as a real bonus.”

O’Connor says he wouldn’t be surprised if farmers’ spending at Fieldays was down because most will be focusing on reducing debt and being cautious.

The recent ‘Situation and Outlook’ report by the Ministry for Primary Industries sees 2019 being a good year for export earnings – up 5.7% to $17.6 billion. But it predicted much more modest growth over the next four years and only small increases in milk production and milk solids per cow production over the coming years.

Some people told Dairy News at Fieldays that they regard the export earnings increases as optimistic and that the ongoing decline in dairy cow numbers is a worry. The report says more rules being imposed on dairying will limit intensification of dairy farming practices. It says this will vary from region to region.

There is both good and bad news for dairy farmers internationally, the report says. The strong production season in NZ contrasted with poorer seasons in Australia, Europe and the US, helping support better prices for NZ products. But in the same paragraph the report notes the volatility of the GDT auctions.

China is now the main importer of NZ dairy products, taking 31% -- well ahead of the next-largest, Australia, which takes just 7%. Such imbalance raises the risk to NZ, says MPI, because any reduction in demand could affect prices and volumes of goods sold there. It also quotes the OECD as indicating a slowing of the Chinese economy.

In NZ, despite a reasonable forecast pay out, dairy farm debt last year increased by 0.9% to $41.3 billion and there was a small increase in the number of non performing loans. This is making banks and some farmers nervous, given also the pressure imposed on them by the Zero Carbon Bill and other regulations and negative comments in the media.