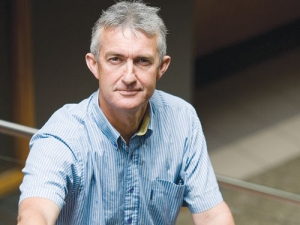 A recent survey of 34 tenant companies is said to have shown the respondents’ collective turnover is up 18% from one year ago. The park says 79% of firms surveyed reported some financial growth, averaging 33%.

Thirty-three of the 34 park companies who responded to the annual survey collectively reported gross turnover of $188 million.  Last year it was $160 m.

“The companies… are doing well.  Revenues are growing [generally]… with the same number or fewer staff.”

“Finding the right staff is difficult for many of our companies: 1:5 companies (21%) identify staff recruitment as a major challenge,” says Gordon.

While the Waikato Innovation Park companies are growing their revenues, slightly less of that turnover is reportedly coming from exports.  Seventy-nine percent of the survey respondents are actively exporting, which is down slightly from 83% this same time last year.

“Of those companies exporting, the United States has gained ground as a trading destination.  Fifteen percent of our exporters are doing business in the States, which is up from 8% last year,” says Gordon.

“Surprisingly, China now only represents 6%  of our exporters’ total markets, which is down from 9% last year.”

Twenty-three percent of Innovation Park exporters trade with Australia, which has grown from 14% one year
ago.  Europe has also grown from 19% to 25%.

“A delightful surprise in the results was that over 75% of respondents are actively engaged in research and development of new products or services.  This is up significantly from 58% just one year ago,” says Gordon.

Fonterra chief executive, Theo Spierings, says improved second half results in the 2015 financial year were driven by a strong focus on cash and costs.