Kiwi farmers happy to manage on their own 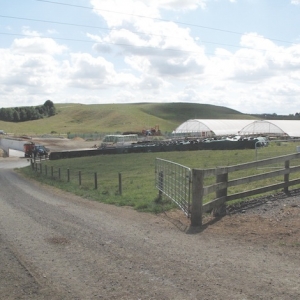 Most farms in New Zealand are family owned and operated.

Farmers are happy to run their businesses without formal governance boards and committees, according to a recent Lincoln University survey.

The survey was conducted by Lincoln researchers Dr Kevin Old and Dr Peter Nuthall, and covered all farm types, sizes and regions. It was designed to look into the current situation for succession and governance on New Zealand farms.

Old says most farms in New Zealand are family owned and operated. Only 1.24% have public company ownership.

They found 69% of the farmers made all the decisions even if consulting family, friends and colleagues first.

“They appeared to be disinterested in making use of alternative governance systems that might offer assistance and act as a break on hasty decisions and actions.’’

However, 45% did take advice from professional consultants.

Old and Nuthall say consultants, and others, have introduced the idea of having a formal board of directors, particularly for larger farms. Another possibility is having an advisory committee that operates less formally than a board.

However, few farmers have taken up these ideas other than the public company owned farms.

The survey revealed 4% of farms have a formal board. Another 5.3% have an advisory committee of various forms. These tend to be the larger farms, and multiple farm situations.

The direct governance costs involved are not known but it is probable some boards contain family members such as a spouse who probably doesn’t receive any remuneration, Old says.

Currently 55% of the farmers report they are ‘totally happy’ with their governance situation, and another 27% ‘reasonably happy’.

Some of the discontentment will be due to farmers’ understanding of the governance options — 34% believed they were fully aware of the options but 20% said they felt quite ignorant of the possibilities. The rest fell between these extremes.

The survey data showed 9.5% of farmers use professional farm advisors for succession and governance help for more than 10 hours per year.

But help comes from other quarters too. About 40% of farmers consult their ‘trusted persons’ for more than 10 hours per year. This might be a family member, respected colleague, or even a public consulting officer.

Professional help costs, however. Old and Nuthall say farmers employing consultants pay, on average, $2790 per year for help with all problems, not just governance questions.

Seventy-six percent of farmers spent absolutely nothing on advice.

“One hopes the benefits covered the costs,’’ Old says.

The survey also found how trustworthy outside help was perceived to be could also be an issue.

On a five point scale, only 56% of farmers expressed strong trust in their advisors rating them a one or two.

“Perhaps if the 56% was higher more farmers would use more professional help to review their governance and ownership set ups,’’ he says.