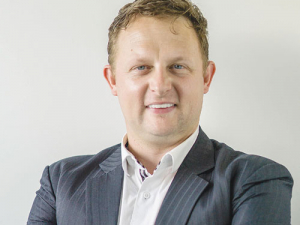 A government policy of a compulsory stand-down that would send home certain migrant workers after three years is a ‘vote-catcher’ they don’t intend to implement, says immigration law specialist Ben De’Ath.

Nevertheless, De’Ath has launched a petition calling on Immigration Minister Ian Lees-Galloway to scrap the policy and is promoting the petition at seminars for farmers nationwide.

Although the policy is not due to take effect for three years, De’Ath says he gets daily queries from farmers worried about what it would mean. It is unfair on migrant workers and threatens farmers already short of skilled labour, he said.

De’Ath is the principal of The Regions Immigration and Recruitment company, which places migrants, especially Filipinos, into the dairy industry.  “New Zealand can’t afford to have a one-size-fits-all immigration policy [applying to] the dairy industry,” he said.

“The whole agriculture sector, whether it’s your absentee farm owner or your hands-on farm manager, are terrified and scratching their heads at the concept that any of these people could be stood down.

“This proposed stand-down policy was future-dated three years in advance because they had no intention of carrying through with it. They simply put it in play to try to catch a few votes in Auckland from people who blame people milking cows in rural NZ for Auckland housing prices.”

De’Ath said he launched the petition to “front-foot” the issue.

De’Ath claims great turnouts at the meetings, which started in Northland in late September and will end in Southland on October 17. The petition has surpassed its target of 2000 signatures before the half-way mark.

Ben De’Ath is welcoming a “huge victory” in getting Immigration NZ to recognise assistant farm manager, or 2IC, as an intermediate skilled position on dairy farms.

Immigration NZ assesses migrant visas according to the ANZSCO (Australian and New Zealand Standard Classification of Occupations) system, which grades occupations but lists only two skill levels in dairy farming: level 1 for farm managers and level 5 for farm workers.

With nothing in between, there is no ANZSCO equivalent for assistant farm managers.

However, Immigration NZ has now published a ‘Visa Pak’ of guidelines for staff and applicants.

“It acknowledges ANZSCO fails to address the middle positions on a dairy farm, and gives immigration officers guidelines how to assess these positions,” says De’Ath.

The Visa Pak notes that assistant farm manager appears on the immediate skills shortage list (ISSL), so clarifies the approach staff must take when a visa applicant for a 2IC position meets the ISSL qualification and experience requirements.

It defines an assistant farm manager as someone on a $60,000-plus salary on a farm of 500-plus cows, with responsibilities such as running the shed, feed budgeting, record keeping, pasture management, and training, rostering and supervising junior staff.

The ANZSCO system was devised 20 years ago, when it may have covered the 200-cow “mum’n’dad” farms but not the modern dairy business.

Making change for the better

OPINION: Farmers are change adaptive, we can make change for the better.