Young Jersey sires to the fore 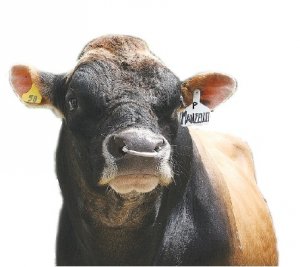 Jersey Genes, a sire proving joint venture between Jersey New Zealand and CRV Ambreed, has for 19 years achieved a graduation rate of 1.38 bulls per year.

Jersey Genes sires are nominated by breeders and, for the first time this year, are also sourced from the new JerseyGenome elite heifer programme. Jersey New Zealand members prove these bulls in their herds and they are included in CRV Ambreed's commercial Progeny Test programme.

CRV Ambreed marketing manager Peter Berney says JerseyGenome and Jersey Genes are benefitting from CRV's genomic selection technology, and they show the success of the technology.

"This data added by genomic selection allows us to look at more bulls (or in the case of JerseyGenome, heifers) and select the best," he says. "And it's working. The latest graduate of the Jersey Genes programme, Pukeroa TGM Manzello, is not only a Jersey Genes bull, but was also marketed by CRV Ambreed as an InSire bull. His strong daughter proof is evidence that we've got this right."

DNA information will be shown this year alongside traditional parental average information for each sire in the Jersey Genes catalogue. This will give farmers and breeders all the information they need to make "great decisions," says Berney. CRV Ambreed is also publishing individual genomic information on its own InSire bull range in the forthcoming Dairy Sires Catalogue. Jersey New Zealand general manager Jenny Taylor says its members have driven the programme's success. "Clients... have acknowledged its merit and proactively used it within their own herds."

The 2012 Jersey Genes lineup is strongly influenced by Okura Lika Murmur S3J, a 2010 graduate. Among the breed's best transmitters for protein, Murmur is said to be consistently turning out daughters with high production, low somatic cells, good fertility and longevity. Five of the seven 2012 Jersey Genes young sires are Murmur sons.

These sires are available as a team and individually to Jersey NZ members.