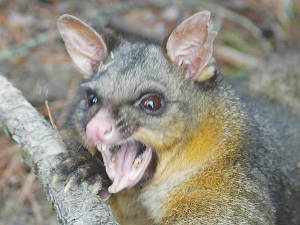 A 1080 aerial operation on Molesworth Station as a part of OSPRI's possum control operation.

Ospri says there is more planned possum control later this year, as part of a wider plan to eradicate TB from Molesworth cattle and deer herds by 2026.

The farm is the focus of a 9-year programme of targeted possum control and wildlife surveillance, beginning in the winter of 2017.

Molesworth Station is New Zealand's biggest farm at 180,787 hectare. It is part of a vast, mountainous landscape in the northern South Island high country. It's one of the last large-farmed areas where possums and other sources of bovine TB are still being brought under intensive control.

The property was originally excluded from the official pest control programme under previous National Pest Management Strategies that were initially focussed on the reduction of infected herds.

Between 2011 and 2016 the TB programme focussed on keeping infected herd numbers as low as possible while proving TB freedom was possible in large scale possum habitat.

During this period, Molesworth Station entered into a 50/50 partnership arrangement with the TBfree New Zealand to undertake local wild animal control on the station. The targeted control work has achieved significant reductions in the number of TB infected animals within the herd.

Ospri says with the plan to eradicate TB from NZ by 2055, it is essential to implement a substantial TB management programme for the Marlborough/Canterbury high country to achieve this eradication goal. In addition to the programme on Molesworth Station, extensive work is being undertaken within the Clarence Reserve to the north east.

OSPRI has worked in partnership with Landcare Research to determine the relative effectiveness of aerial 1080 baiting strategies to reduce both possum abundance and TB levels in wildlife in high country landscape on Molesworth Station.