BVD - the gains and what lies ahead? 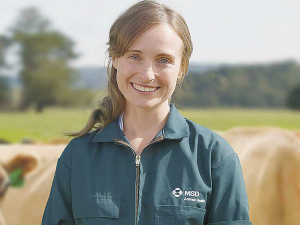 BVD is spread persistently infected (PI) animals. PIs are cattle that were infected with BVD virus when they were fetuses, before their immune system had fully developed. A PI's body can't differentiate between itself and the virus, so PIs produce and spread virus in their mucus, faeces and saliva for their entire lives. Because PIs are the source of BVD, breaking the BVD transmission cycle means preventing PIs from forming, or at least preventing PIs from having contact with naïve cattle. This can be done by finding and culling PIs, vaccinating to prevent fetal infection, and improving biosecurity.

In the last several years, New Zealand's dairy industry has made significant gains in controlling BVD. Most dairy herds now conduct annual bulk milk screening, and the percentage of farms with PIs in the milking herd has come down significantly, from 14.6% in 2010 to 5.6% in 2017. This progress has come from farmers working with their vets and other stakeholders, such as LIC, to design and carry out individual farm BVD control plans. While this should be acknowledged and celebrated, it is also worth considering what lies ahead.

While many dairy and beef farmers report running closed herds, t's likely that only 2% of farms in New Zealand are truly closed systems. If you lend or borrow cattle yards, send animals away grazing, buy in any cattle (including bulls), or share fence lines with other stock, you're not running a truly 'closed herd,' and you have some BVD risk. Furthermore, while the dairy industry has made excellent advances in BVD control in the last decade, the beef industry has not. Approximately 60% of beef mobs that are screened show that they've had recent PI exposure. Our beef and dairy industries share fence lines and infrastructure, and they also trade stock, so BVD will continue to move between the two.

The other future bump in the road is that voluntary BVD control schemes can only take us so far. They rely on farmers calculating that paying to control BVD will be a good investment. Economic modeling shiws that strategic BVD control plans are likely to pay for themselves now, but as BVD becomes less and less common in dairy herds, the average benefit: cost ratio for BVD control will go down. Eventually, voluntary BVD control will make less sense. On our current trajectory, BVD incidence in dairy herds will likely stabilize wherever the 'average' disease cost over many years balances out the cost of paying for control measures every year. The risk with stopping there is that BVD will be less common, so more cows/herds will be naïve. This means that when BVD strikes, outbreaks will be more costly, on average, than they are now, as naïve herds experience the biggest impacts on production and fertility when exposed to BVD. In this scenario, the few farms that get outbreaks each year will pay the industry's entire disease cost.

These challenges highlight the need for a coordinated national eradication scheme. All countries that have successfully eradicated BVD have done so through a compulsory scheme, so if we are serious about BVD eradication, this will be the way forward. BVD Free NZ estimates eradicating BVD in a coordinated way would take between 5 and 10 years and would have a benefit: cost ratio of 1.8.

So, for now, keep doing what makes sense; working with your vet to implement farm specific BVD control plans.

Amanda Kilby is a technical veterinarian with MSD Animal Health.

BVD (Bovine Viral Diarrhoea) is a viral disease of catte.

BVD and pregnancy – critical to keep your herd safe