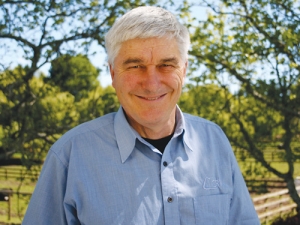 A wider selection of high genetic merit, hornless cows will soon be available from CRV Ambreed.

The polled bulls will be released to the market once they produce semen in 2017.

Ten years in development, the polled product line is intended to address concerns about animal welfare, farmer safety and the cost of de-horning. The work has gained momentum over the past three years.

R&D manager Phil Beatson, says the beauty of polled genetics is that it's controlled by a single gene: an animal needs only one copy of that gene – they are heterozygous for the polled gene – to be polled.

"Then when the homozygous bull is bred to horned cows, all of the progeny will be polled."

The aim is to make sure the polled progeny are also high indexing: CRV Ambreed is aiming at 220+ BW. Beatson says five heterozygous cows and five bulls have been identified with that criterion.

"We've been undertaking embryo transfer and we're confident that will result in some homozygous polled progeny. The law of averages says two or three," he says.

"In Europe they are increasingly asking 'should we be dehorning animals?' and they're using genetics to safely manage this. There's some talk that by 2025 it may be illegal to dehorn animals in Europe. If
that happens, NZ could follow suit and we
need to be prepared," he says.

CRV Ambreed's polled bulls will be guaranteed for having two copies of the gene so that 100% of their progeny will have one copy and will be polled.

Herd genetics not only about money

Selecting the right genetics is no longer only for improving the economic output of a herd, says CRV Ambreed sales and marketing manager Jon Lee.