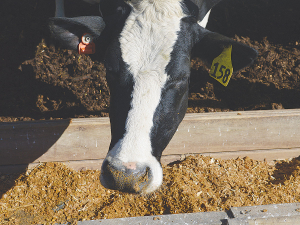 The health and efficiency of the rumen directly impacts how well the cow performs.

All feed management and supplementation in dairy cattle should be targeted at maintaining healthy rumen performance. Healthy rumen function is key to the success of every mileston the cow must achieve throughout the season.

Some of the key challenges the cow will face throughout each season are as follows: the lead up to calving and transition to lactation, successful calving, metabolic health, immunity to disease, hoof health, reproduction, and heat stress management.

The health and efficiency of the rumen directly impacts how well the cow performs through each of these challenges.

A cow with suboptimum rumen performance will be at higher risk to problems such as metabolic diseases, uterine infections, mastitis, lameness, reproductive issues, and even spontaneous abortion.

The rumen, along with the reticulum and the omasum are the fore stomachs of ruminant animals. These compartments are designed to mix, regurgitate and then ferment and digest fibrous materials such as grass and silages, and more recently, grain-based concentrates.

Along with nutrients that are absorbed directly across the ruminal wall, the massive number of bacteria created during the process of rumination are a major nutrient source for ruminants. The bacteria is digested further down the gastrointestinal tract, supplying the majority of the animals' daily protein requirements.

The process of rumination is very energy intensive. Bacteria require large amounts of energy in the form of nonstructural carbohydrates derived mainly from plants and more recently grains in the diet. These non-structural carbohydrates are in the form of soluble sugars, which are mostly a combination of fructose (plant sugars) and starch; these sugars are naturally formed with the plant during photosynthesis.

Optimum rumen fermentation is a finely tuned process. Insufficient energy in the diet and the rumen microbes will struggle and milk production and body condition will suffer. Excess energy, and the rumen microbes will start producing excess lactic acid and the finely balanced pH levels in the rumen will drop below the optimum level. Ideal rumen pH is very similar to optimum soil pH, in that the requirement is for a slightly acidic environment between 6.0 - 6.2 pH. It is thought that subacute ruminal acidosis (SARA) may start taking effect once pH drops below 6.0, with the problem becoming the progressively worse as the pH reduces.

Many diets targeting high production will be formulated to deliver a high level of non-structural carbohydrate, and chances are that there will be some degree of SARA within most of these herds. The problem is that cows suffering the sub-acute form of acidosis are often not easily identified and can still be highly productive.

The issues normally arise with an increased prevalence of animal health diseases, most notably increased lameness. SARA can also suppress immunity and increase fertility issues. When the rumen becomes acid, pathogenic bacteria can become more dominant in the harsher rumen environment. These bacteria produce endotoxins that weaken the body's defenses against disease, can even enter the uterus, as well as interfere with healthy hoof development.

Recently endotoxins have also been identified as a contributing factor in the proliferation of a class of bacteria commonly called Treponema. High fecal levels of this pathogenic bacteria have been linked to the prevalence of Bovine Digital Dermatitis which is increasingly being identified as a leading cause of lameness in herds.

A recent study carried out in Ireland on a herd of 144 cows clearly illustrates how common subacute ruminal acidosis can be on an all-grass diet. This trial herd was fed a solely pasture diet, primarily made up of perennial ryegrass, these cows had been in milk between 80 - 150 days. Testing showed that eleven percent of these cows as being seriously affected with sub-acute ruminal acidosis (SARA) with a pH level below 5.5, 42%of the cows were at a marginal pH level of 5.6 - 5.8, the balance of the herd were considered to be at lower risk with a pH's measuring above 5.8.

Farmers must bear in mind that modern highly digestible ryegrasses have been hybridized in order to produce high levels of sugar and starch, high ME. While these levels of energy are ideal for pushing production, withough ample fiber or an effective rumen buffer, these grasses will be rocket fuel for rumen bacteria, pH can drop quickly during grazing and rumination of these grasses.

Obviously one of the best ways to minimise the effects of this grass is to add more fiber, however this is not always practical, and it can also be a relatively costly exercise. While some fiber is great, it can lack nutrients and drag down the energy level. Too much can also make the rumen work harder than necessary, burning valuable energy in the process of breaking down the lower nutrient fiber. The challenge here is not to reduce the energy, but to control its effects. Under these circumstances, an obvious addition to the diet is an effective rumen buffer.

The traditional buffer salt used has always been sodium bicarbonate; this salt is very soluble and shifts pH rapidly. Sodium bicarbonate has the disadvantage of losing the ability to effectively modify pH once the rumen gets much below 6.0. Ruminants naturally produce large quantities of sodium bicarbonate as a key component of saliva production. They are stimulated to produce saliva during both feeding and rumination. While sodium bicarbonate is a very effective buffer it is also highly soluble and moves through the rumen very quickly, thus the pH shift may not be sustained.

Another problem is that the pH drop associated with the onset of SARA often occurs hours after the last feed intake. SARA becomes an issue when the sugars and starches ferment in the rumen, not always when the feed is consumed. Feeding excessive levels of sodium bicarbonate also increases the carbon dioxide levels in the rumen which stimulates increased rumen flow and can lead to poorer digestion of feed.

Rumen buffers that more gradually buffer pH in the rumen over many hours, have been shown to work more effectively at maintaining the pH within the optimum range for much longer periods of time. The most successful of these buffers is made up of the skeletal remains of an ancient seaweed called Lithothamnium calcareum.

Massive beds of this fossilized seaweed are found off the coasts of Ireland, and also the Brittany coast of France. The fossilized seaweed is removed and then ground into a material that can then be added to cattle feeds as an effective rumen buffer.

This material once ingested, will stay in the rumen much longer than sodium bicarbonate giving buffering protection for many hours following feed intake. Rather than neutralizing acids, these materials act by absorbing the excess hydrogen ions onto their negatively charged microscopic latticework type structure. The fossilized seaweed, being largely insoluble, will stay in the rumen for an extended period of time. These products have been shown to effectively buffer rumen pH for up to eight hours post feeding.

You could say as farmers you are not farming cows, you are actually farming rumens. If you manage the rumen health and performance of your herd correctly your cows will be more productive and much healthier.

Chris Balemi is managing director of Agvance Marketing. This article first appeared in Getting the Basics Right 2021 issue.

As we head into the latter half of the year, many farmers will be starting to think about mating season for their cows.

Prior to the 1600’s the liver was considered to be the most important organ in the body, much more so than the heart and the brain.