Warnings out on FE 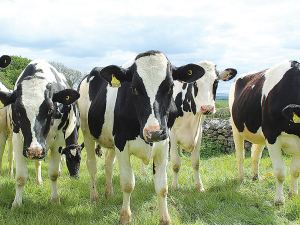 FE could be a problem in two or three weeks time, so farmers are urged to keep a really close watch on spore count levels and start zinc treatment right now.

The Waikato-based consultant says up until now the conditions in the region have been extremely dry and pasture covers low, so FE hasn't really been a problem.

But in recent weeks most areas have had some rain and very hot humid weather and, while it hasn't become a problem yet, Allen warns the potential is there now for the situation to change.

"We haven't seen any high spore counts up until now, but the conditions are now ripe for it to become a problem over the next few weeks, so we are encouraging farmers to get until full readiness mode by monitoring the situation and getting applications ready deal with FE," he told Dairy News.

Allen says the majority of farmers would still be putting zinc into stock water, but he adds that spraying fungicide on pasture to kill the spores can also be very good in the right situation.

He says local vets are providing spore testing services these days and he urges farmers to take some samples in to them and see what's going on.

"My message to farmers is that FE could be a problem in two or three weeks time, so they should keep a really close watch on spore count levels and start zinc treatment right now," he says.

In the Manawatu and Horowhenua regions, the high rainfall has washed a lot of the spores off the pasture, according to The Dairy Vet's Fraser Abernethy.

His veterinarian business deals exclusively with dairy farmers and he, like many vets, is keeping a close watch on FE at present.

He says normally this is a problem in March and April but this year the conditions are such that FE could be on the scene earlier.

Abernethy says if the heat and humidity return in coming weeks, the spores will return.

"So farmers should be monitoring spore counts well and they should be heading on full protection doses of zinc because it takes up to two weeks to build up enough protective levels," he told Dairy News.

"The other thing that is very cost effective for farmers to do when spore counts are still low is to spray pastures against the fungus that causes the spores. Once the spore counts are high, it's a waste of time because the fungicide doesn't kil the spores but it does kill the fungus, and at the moment that could be a good preventable option," he says.

Abernethy says while milk production is falling in the lower North Island due to the lack of dry matter in pasture, cow condition is still pretty good. He says his client farmers are feeding out now as they normally do around this time of the year to maintain cow condition, in preparation for next season.

But he adds, it hasn't been an easy year for the cows.

Hot weather has led to some badly heat stressed cows, despite people's efforts to mitigate this.

"Then we have had wet and cold conditions, and heat stress again, and to add to the woes, the pasture has not been the greatest. So cows have had everything chucked at them in the last few months," he says.

Toxoplasmosis a major cause of abortion in ewes

Toxoplasmosis is the second most common cause of abortion in sheep.