a2 Milk Co only scratching the surface 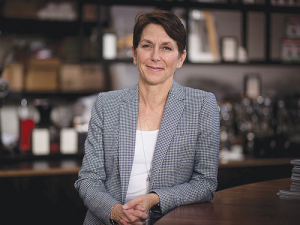 This year was pivotal in the “transformative dynamic” of a2 Milk Company and it had “really only just scratched the surface” of its potential as a business, chief executive Jayne Hrdlicka says.

The company’s revenue of $368.4 million for the first four months of the financial year was a growth of 40.5% on the same period in the previous year.

The a2 Milk Company’s financial results for the 2018 full year were also impressive, Hrdlicka told the annual meeting.

With the strong result in the first four months the outlook for 2019 is strong performance in each core market.

“Our multi-channel strategy to serve Chinese consumers continues in its development,” she says. “In addition to strong performance across our well managed and sophisticated daigou network and our cross-border e-commerce platforms, The a2 Milk Company has also added distribution of another 2000 stores in the Mother and Baby channel to a total now of 12,000 stores.”

Progress in the US continues to build momentum, she says.“Our unique a2 Milk brand continues to deepen distribution and grow in brand strength. An additional 3000 stores have been added to the network since the end of FY18, taking our store count to 9000. We have made significant investment in national brand advertising and it’s delivering pleasing increases in brand awareness and sales velocity through new and established key accounts.”

The company has taken important steps with strategic partners including further investment in Synlait and the launch of its first Fonterra initiative.

“The a2 Milk brand under licence to Fonterra New Zealand was launched in early August and now has reached national distribution and is performing well. We have joint teams deployed to work through the next wave of opportunities and we continue to be encouraged by the opportunity to work together more broadly.”

The a2 Milk Company partnership with China State Farm continues to strengthen with the re-signing of its agreement with them. “This relationship is strong and enduring and an important part of building our business in China for the long term.”

Hrdlicka says they are not concerned about the current regulatory dynamic in China and elsewhere in the world.