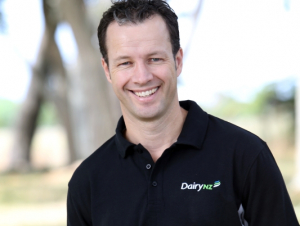 Hoggard says the advertisement is “bullshit”.

“We could eventually win, but the coverage around it is shocking,” he told Rural News.

“There’s a risk we will give it more oxygen.”

Both Greenpeace and DairyNZ received embargoed copies of the ruling in December, which said they had until January 23 to appeal the ruling.

DairyNZ chief executive Tim Mackle says it is not happy with the outcome; an appeal will be filed. DairyNZ was behind one of the 12 complaints to the Advertising Standards Authority (ASA) over the ad.

“It absolutely pissed me off; the advertisement used footage, like sediment erosion in rivers, which has nothing to do with the dairy industry.”

Mackle says while the ASA process risked further legitimising Greenpeace's view of the dairy industry in the eyes of the public, appealing the ad was about doing what was right.

"We don't believe that standing by and allowing these activist groups to pitch messages and stories anyway they like to the public is acceptable.

"We believe it's the right thing to do in this case and that's really based on the good work dairy farmers have done in the last five to seven years around environmental initiatives."

Rather than "admitting defeat" the right thing to do was to point out that this kind of advertising was not appropriate, Mackle said.

He also rejected any claims that it complaining about the ad, the dairy industry was attempting to brush the environmental issues it faced under the carpet.

"We're not covering anything up. That's nonsense. Our issue is with that ad and how it is pitched."

Greenpeace Campaigner, Genevieve Toop said, “What industrial dairy lobbyists don't want the public to focus on is that they are planning a big increase in the number of dairy cows, already at 6 and a half million, which will cause more pollution in our lakes and rivers."